Rollicking spooky stories are what children love. The world behind these tales is mesmerizing and fascinating for the children, it allows their imagination to run wild; an idea of a witch who is going to eat them if they misbehave, funnily enough, has become a parenting tactic. But are these stories real or just myths? The answer to that is a new Netflix movie called “Nightbooks”

The movie was released on the streaming service on 15th September and is nothing short of pure entertainment for the kids. It is based on J.A. White’s children’s fantasy book of the same name published in 2018. The children’s horror movie is directed by David Yarovesky, best known for “Brightburn” and “Guardian Of the Galaxy”.Produced by none other than the master of supernatural movies Sam Raimi is famously known for the “Evil Dead” series, “Drag Me to Hell” and “Spiderman Trilogy”. 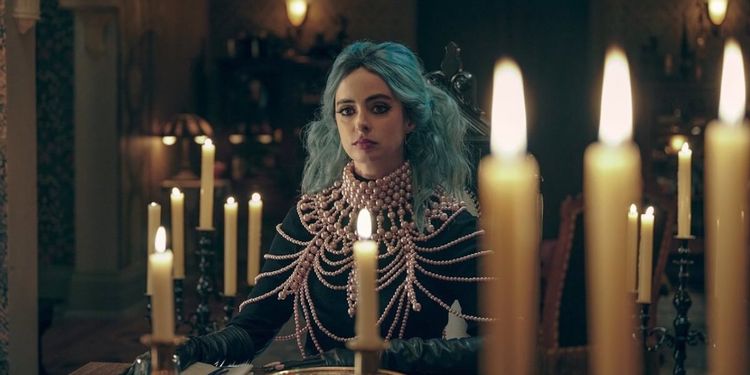 The story begins with our preteen boy Alex Mosher (Winslow Fegley) fall through in his room while his parents are arguing with each other over his fascination with scary stories. Alex has a remarkable talent for writing and he writes horror stories in his diary which he names “Nightbooks”. But due to some reason he gives it up and decides to burn down his stories. On his way to the burner room, he finds himself in a different apartment instead of the ground floor. The 4E labelled apartment is empty other than the plate of pumpkin pie tempting Alex to eat it. This eerie apartment belongs to the witch Natacha (Krysten Ritter) who hunts kids luring them with baits and if she doesn’t find anything interesting in them she cooks them her dinner. 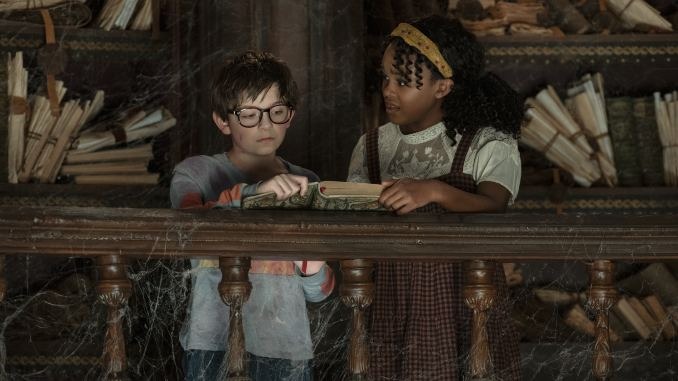 As fate would have it, Alex and his scary stories become the reason for saving his life. In order to keep himself alive, he needs to tell the evil witch a scary story every night. Alex soon finds other captives of the apartment, another preteen girl Yazmin ((Lidya Jewett), and a hairless cat Lenore.

Now trapped inside this creepy and somehow victorian themed apartment, Alex along with his new companion must find a way to escape. Thus begins what can only be called a treat for kids’ imagination and a chance for adults to channel their inner child. David’s remarkable control over the set, lights, and visual art truly made this children’s fantasy book come to life. Krysten Ritter, just like her previous projects, made this one felt authentic and fun to watch. Both young actors Winslow and Lydia beautifully portrayed their characters, the way they gradually become friends in the movie and overcame the fear, and decide to fight the evil witch is endearing. The movie is a tale of bravery, imagination, friendship in the most unlikely place, and adventure all enclosed in one. It is available for streaming on Netflix now.