Netflix is inviting you to play “Squid Game”

Netflix is inviting you to play “Squid Game”

In Squid Game the rules are simple as in any other game; go to Netflix, select the titled game, hit the play button, and let your mind be blown with one of the most thrilling TV shows ever made. The nine-part Korean TV series was released worldwide on September 17, 2021. Since its release, the series, written and directed by Hwang Dong-Hyuk, has grabbed the top position on Netflix in many countries. It currently holds a 100% rating on rotten tomatoes.

The ‘Squid Game’ follows the story of 456 players who are invited to play a slew of games for money. With every game, the money keeps increasing in value and the winner of all the games would be rewarded with 45.6 billion won ($39 million). 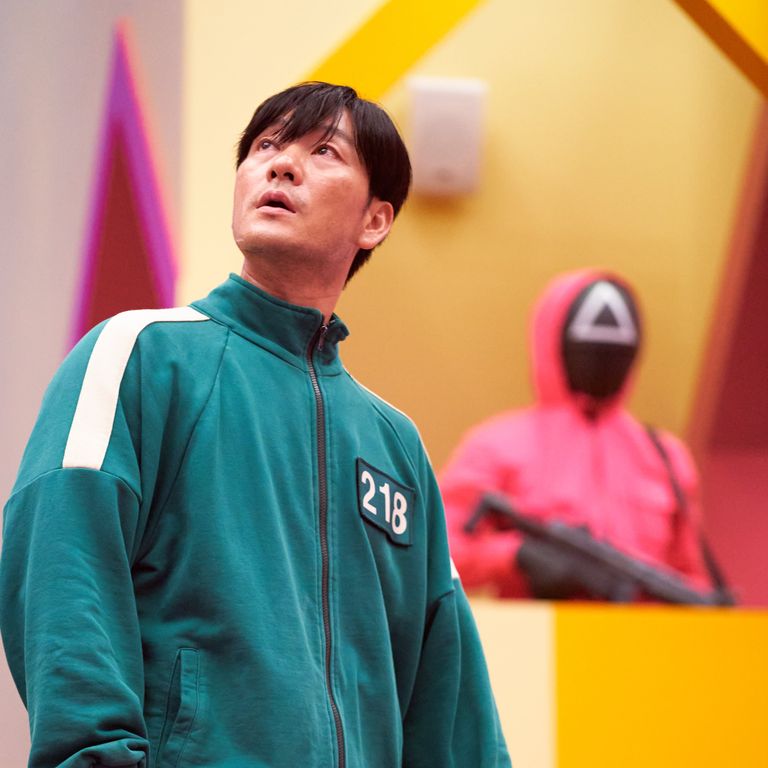 The story starts with the protagonist Seong Gi-hun (Lee Jung-Jae) who is a troubled chauffer living with his mother as he can’t afford to live on his own. Afterwards, we learned that he is an addicted gambler. His gambling addiction ruined his marriage, leaving him unable to financially support his daughter. It is no surprise that he is drowned in debt by dangerous loan sharks.
He is so down on his luck that even after winning a good amount on betting he is robbed by a pickpocket. He is even threatened by the lenders and is given a one-month time to pay his debts.

Worried and tired, he makes his way home where he met a strange man at a train station. Dressed up in business attire the man asks Gi-hun to play ddakji, a traditional South Korean game where the player has to flip the opponent’s paper tile by slamming it. The man later tells him if he wins the round, he will get 100,000 won but if he loses the man gets to slap him.
After multiple failed attempts and being slapped by the other man, Gi-hun finally wins and is given the money.
Before leaving, the strange man hands him a business card and suggests he should call the number on the card if he wants to win more money by playing different games. 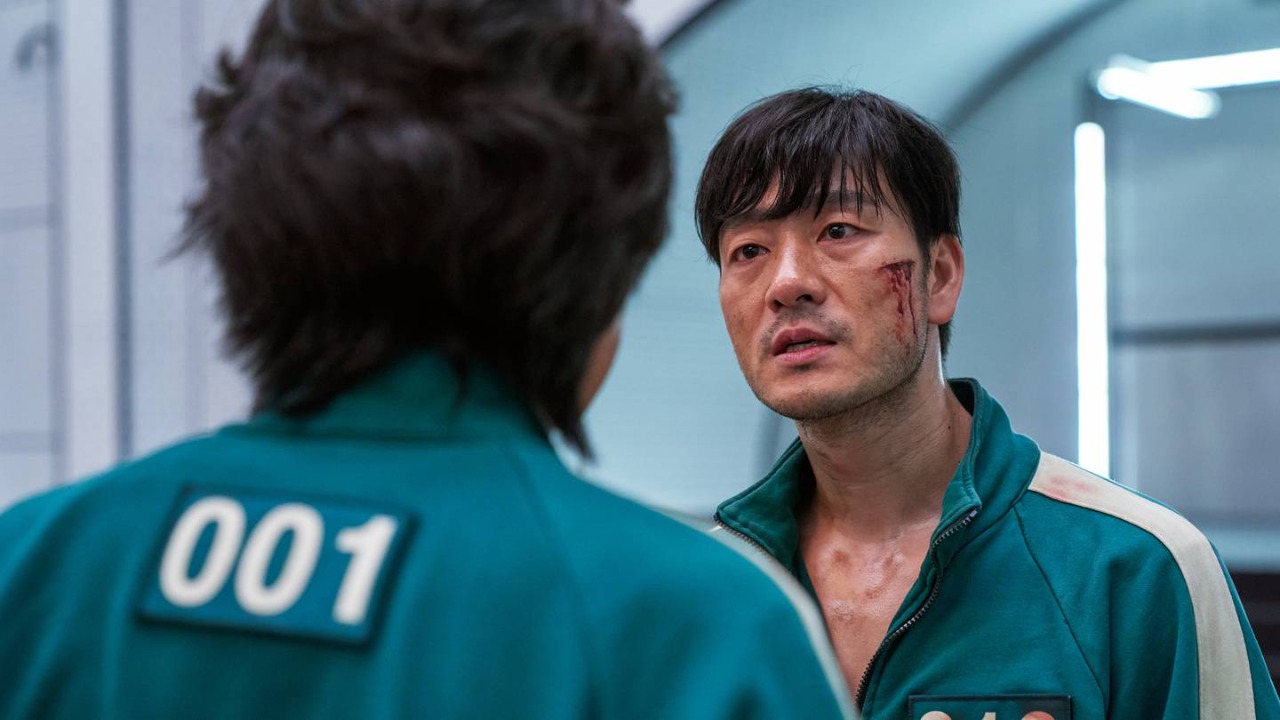 The harder the game the bigger the prize money will be, he promised. Reluctantly he takes the card and as fate would have it, he ends up participating in the game as he needs to be financially stable to support her daughter who will end up moving to the US with her mother and step-father if he doesn’t do so.

Once in the game, Gi-hun finds himself in a room with 455 other members along with his childhood friend Cho Sang-woo (Park Hae-soo), who are indebted with massive loans just like himself participating to win the grand prize money.
All seems well until the first game begins and to their surprise, it takes a grim turn. As it turns out, the seeming child games have a brutal outcome and the competitors have put themselves in a life-or-death scenario. 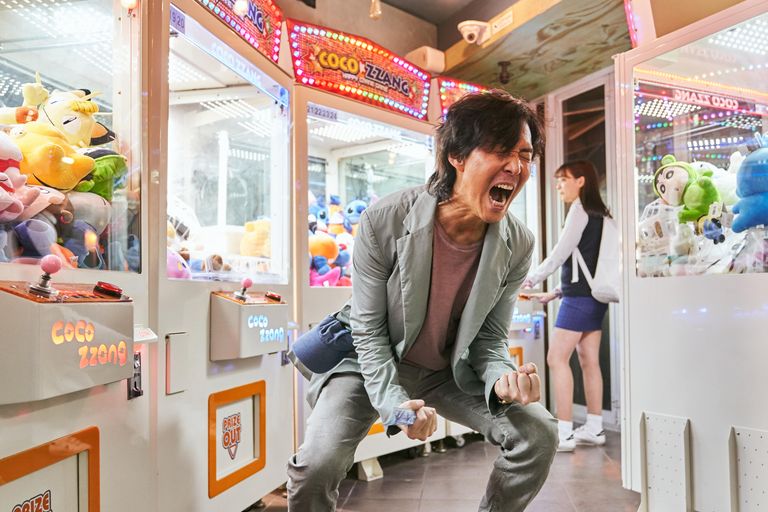 Each episode looks into a single game with players trying to avoid the deadly consequences. With its brutal and exhilarating story, the Squid game is a perfect contrast of human behaviour at its best and worst. It doesn’t shy away from showing the ugliness of the world and also dwells upon the ideas of sacrifice, belief in humanity, and things one is willing to do for money.

Other than the story, the show has great visuals and soundtracks. While some scene does get brutal, it’s hard to not appreciate the setting and camera work throughout the series. The unique designs with their vibrant colours and sometimes eerie music playing in the background makes it masterful. The writer has done a great job with creating relatable and diverse backstories for each character which not makes it interesting but also allows the audience to connect with them. 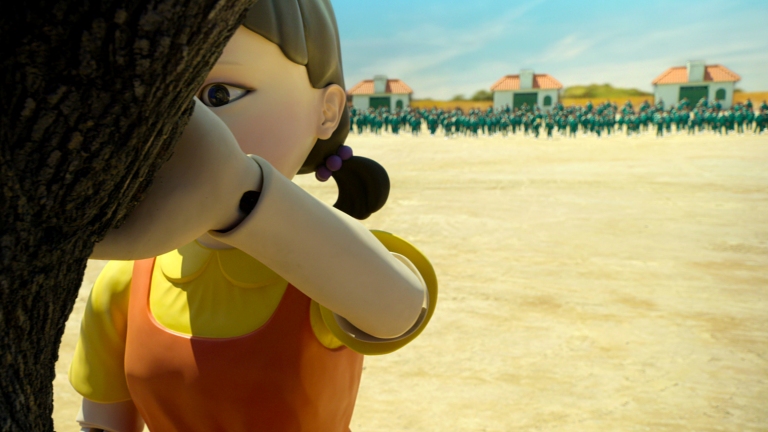 This binge-worthy show has the ability to keep you on the edge of your seat with its thrilling twist and turns. The actors have done an amazing job portraying their characters to the point where it doesn’t feel fiction anymore. Its gruesome death sequences and clever use of classical music on the bloody scenes will make you never look at your childhood games the same way. While the show may get predictable sometimes, it doesn’t take away the thrill and enjoyment from it. Though the series ended on a cliffhanger, it is still unknown whether it will be renewed for a second season but fans are hoping in its favour.