“YOU” is coming to Netflix in October

“YOU” is coming to Netflix in October

After a long time, Netflix finally announced the release date and teaser for a fan-favorite series “You” for season 3. It is an American psychological thriller and follows the story of a bookstore manager in New York. The seemingly nice guy who later turned out to be a serial killer. The first season of the show was based on a novel by Caroline Kepnes published in 2014. The series premiered on Lifetime in 2018 and later on Netflix the same year. Unfortunately, the audience was limited on cable but it gained a huge fanbase on Netflix. Since then, the series has been moved to the streaming service for season 2 and onwards. 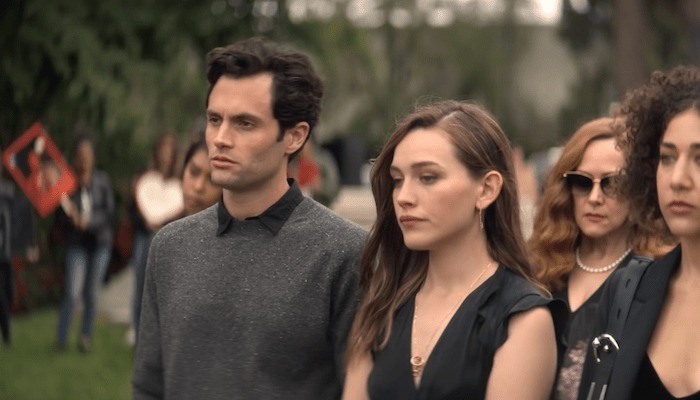 With a 40 million viewership “You” has become one of the most popular shows on Netflix. Season 3 will continue the story of Joe (Penn Badgley) who is in a relationship with Love Quinn (Victoria Pedretti) whom we met in season 2 and things are about to get more interesting as it was revealed at the very end that the couple was expecting a child. The icing on the cake is when they move on to a new house and we see Joe already starting to stalk their neighbor at the end of the second season hinting at the start of something new and thrilling.

The teaser gives us a glimpse of Joe’s kid who they named “Henry”, and they are presumably married, all narrated to us with Joe’s chilly voiceover in the background. Other than Victoria and Penn, Saffron Burrows, Dylan Arnold, Christopher Sean, Travis Van Winkle, Scott Speedman, Chris O’Shea, Bryan Safi, Ben Mehl, Jack Fisher and more will join the cast as new characters will be introduced. According to the reports, it will be 10 episodes long and will be available for fans to stream from October 15, 2021.