Humorous, forthright, and unfiltered – three words that can very much sum up who Fahim Khan is.

This bright man established his reputation in the industry by proving his prowess to outshine. He has a vibrant attitude with a tinge of sarcasm, all in good fun. BOL had the opportunity to speak with him and learn more about his journey, life, and interests.

BOL: How did you break into the industry? Was this a career you’ve always wanted to pursue, and how do you feel about your accomplishments?

Fahim Khan: As there is always that one person in the family who we consider to be the dancer for every occasion, I was the one who stood up at every event and did mimicry. I loved to make sounds, so I became famous with this particular thing, and it all began with AAJ TV’s 4 man show, then ARY, and now BOL News. My skill was initially put into the spotlight in the 4 man show. And I believe that this is a rare skill that only a few individuals possess. Because there are two things that always come in parallel with each other. The first is your get-up, and the second is doing voice impressions. Sometimes, folks have a great get-up but struggle with their voice, while other times, they have an outstanding voice but a weak get-up. Mir Mohammad Ali, Mustafa Chaudhry, Mubeen Gabol, and Shafaat Ali are just a few names that come to mind as exceptional people who can succeed at both. When you consider how hard a person works to establish a career, you feel like an achiever and a successor. Many people are unaware that I have a gemology certification and that my family has a gemology business. So entering the media was never my first option. It was only after I joined and realized I couldn’t devote enough time to the business that I decided to pursue my current path. This was a personal interest, not just a job opportunity.

BOL: Being a host is a difficult job, and it is common to hear that hosts purposefully stir up issues and create scenarios for the target rating point. How would you respond to this?

FK: What more does a Host have to do? When we look at the job description, we can see that being a host is all about posing questions based on responses. Call it a trick or whatever you like, it is what it is. The guests believe they have been duped, while those who know their job believe they have done excellent work. How else may a host’s responsibilities be defined? Yes, shows with needless confrontations and problems exist, considering that there are some troublemakers who should not be considered hosts.

BOL: How much does it take to remain present minded and behave intelligently in a live show so that things don’t go wrong?

FK: There isn’t a lot of math involved here. Things happen unexpectedly, and we have no control over them. According to the theory that every action has an equal or opposite reaction, there is an equal or opposite reaction when required, and sometimes there is an opposite reaction because there are times when someone misbehaves, makes inappropriate jokes, or if there is a disruption whilst recording, we become annoyed or frustrated and react to it. Normally, a host must demonstrate patience, but in extreme situations such as these, we are unable to control our emotions since everyone has a certain level of tolerance.

BOL: The entire situation with the late Allama Zameer Akhtar drew a lot of unwanted attention. People said various things and singled you out. What are your thoughts on the subject?

FK: Yes, there were two occasions when he became upset about a program that I hosted, but the time when he left the live broadcast, that day I wasn’t a part of it as you can see in the recordings that are still available everywhere on the internet. Allam Zameer Akhtar was our senior and we learnt a lot from him. And when he was furious with me, I had to persuade him not to be angry since he was our elder and, aside from being a senior, he possessed a great wealth of knowledge, having published over 900 books. And part of being a good host is knowing how to deal with situations like these, so with all due respect, I tried to not irritate him, and we also ended up having Iftaar together later. 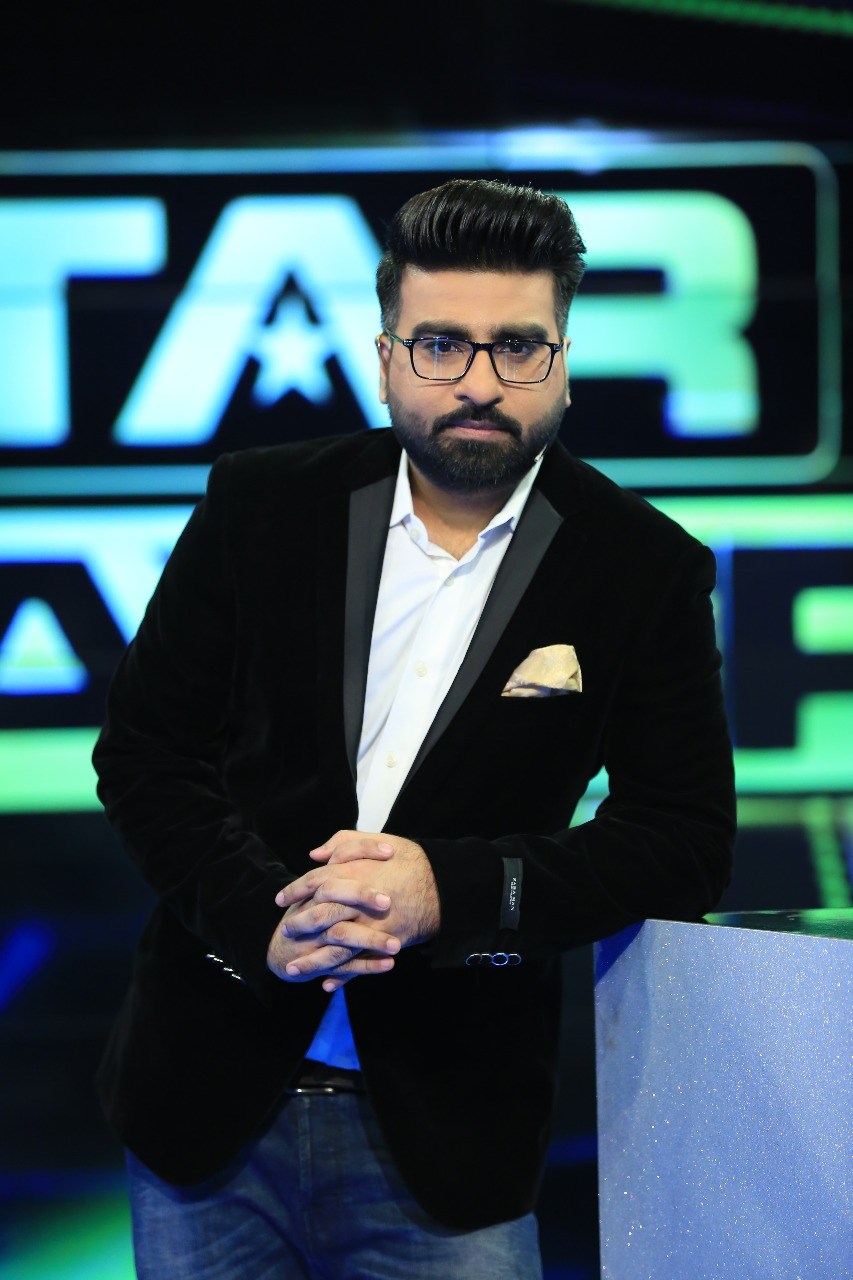 BOL: Usually, in live broadcasts, such as those hosted by Dr. Aamir Liaquat, we see guests leaving the stage when they disagree with the hosts, but they ultimately return and continue. Did Allama Sahab return? And what exactly was the point of contention?

FK: I was not present when he walked out of the show that day, because of which I don’t know the exact details. I really wished for him to return, but it was not possible. Now he is no longer with us; may Allah grant him forgiveness. Furthermore, since you mentioned Dr. Aamir Liaquat, I’d remark that being a good host is determined by one’s ability to handle a circumstance. He does it really effectively, which is why we can observe him doing an excellent job.

BOL: The content that you receive from the people for the Tick Tock show, how do you find it? What’s the criteria for finalising them and what do you think about their perspective of entertaining videos?

FK: I would say most people create recordings for the purpose of gaining popularity, apart from the leaked videos of our politicians. However, people clearly want to be famous, and I can tell you that they are insane when it comes to appearing on television screens. We decide to display videos live after ensuring that they are neither vulgar nor abusive, and that’s it. On the contrary, we’ll have to put up with the silliest and most bizarre videos since that is what we usually receive.

BOL: What do you think about this generation’s obsession with applications like TIK TOK? You mentioned that vulgarity is restricted, however, we see it a lot in these apps, and so what are your thoughts?

FK: People do the most they can think of, and when it comes to vulgarity, we can see it all over the place, not only in applications like Tik Tok. Let’s talk about Instagram; have a look at the profile of Halime from Ertugrul; nevertheless, she wants to display herself like that, and we don’t have control over that. Because we can’t restrict things everywhere and alter criteria, it can’t be changed. 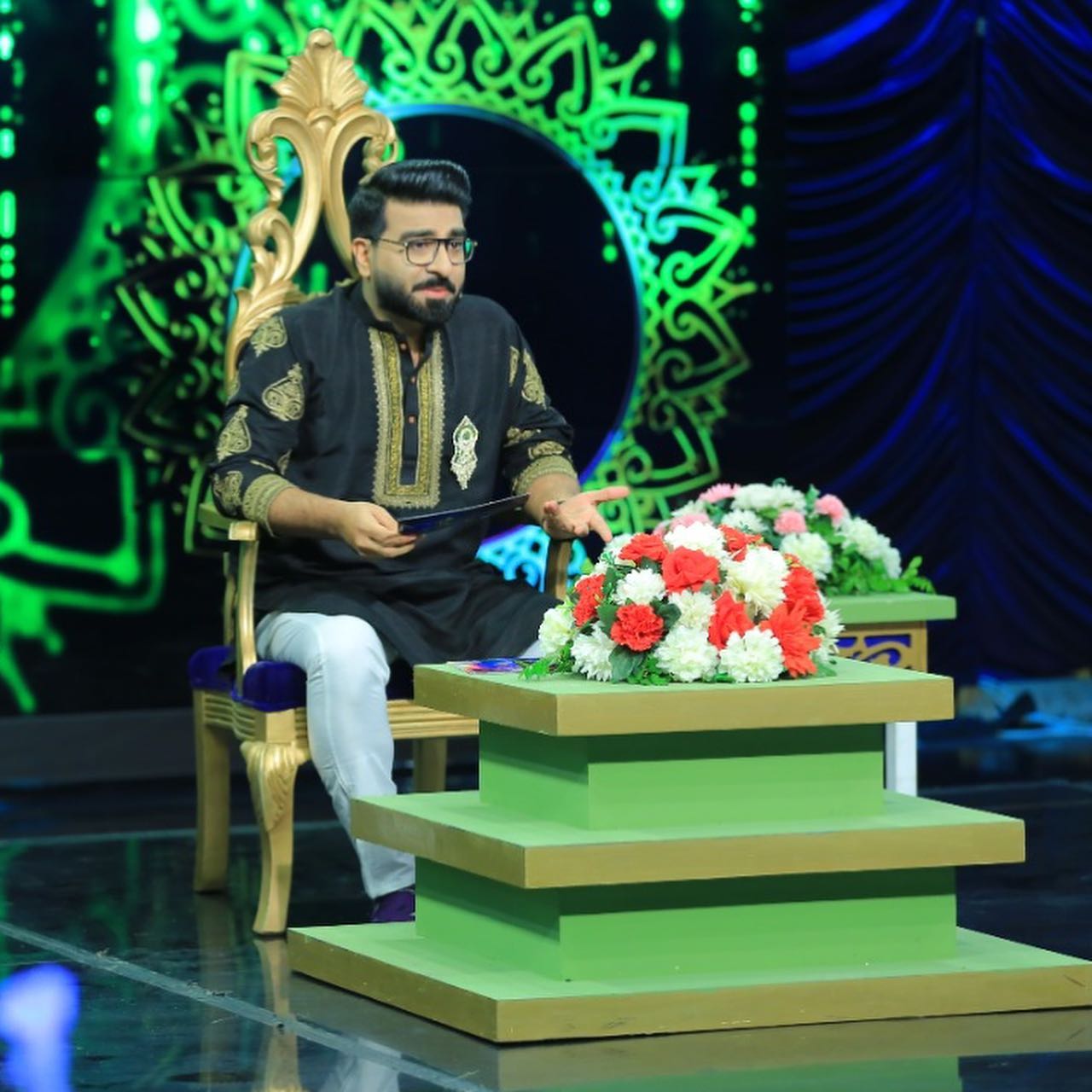 BOL: As a father, how would you convey your worry about the craze that people have for social media and its continual usage, and do you believe there is any solution to the difficulties that this technology has created?

FK: We used to enjoy going to tuitions and then playing outside every evening when we were kids, but today we live in an era where parents must think twice before sending their children anywhere since child abuse cases are on the rise. Children nowadays do not have the activities that we did, nor do they have the freedom that we had, therefore we must embrace all of these delicate facts and work to better what we have since we cannot immediately transform society or circumstances.

BOL: We’ve seen a lot of hosts turn into actors and actors turn into hosts, so have you ever considered doing the same? Is there a particular sort of character you’d want to play?

FK: I’ve done a movie and appeared in a drama series, so if I get a nice opportunity and offer, I’ll surely continue performing. Yes. I’d want to portray a villain, and someone like Shafqat Cheema from our industry would be ideal.

BOL: What piece of advice would you provide to those considering a career in this industry?

FK: I believe that if you have the capacity to work in the industry, the most important thing is that you are not camera shy. I feel that talent and content are two things that cannot be overlooked. There is a high degree of this Parchi system in our sector, and I have personally experienced it, but if you have the skill, you will overcome it, you will overcome nepotism, and you will create your name.

‘PTI govt in K-P is a complete failure’

Samar Haroon Bilour is the first woman in the last 18 years...

LAHORE: Following a Bol News story on stent racket at the Punjab...

TEHRAN, Iran's Basij militia has unveiled a video game whose hero is...