Squid Game: Remember the Dalgona Candy Challenge? Watch the cast do it all over again

Squid Game: Remember the Dalgona Candy Challenge? Watch the cast do it all over again

While the Korean drama series ‘Squid Game’ is gaining popularity among viewers worldwide, a video of the cast trying out the famed Dalgona Candy featured in the TV show has gone viral.

The 12-minute video was posted to Netflix’s official YouTube website with the remark, “Remember the Dalgona challenge in Squid Game? Watch the cast do it all over again, with a little less stress this time around.”

The game is played by participants in the series who must correctly carve out forms such as umbrellas, stars, rounds, and triangles from flat-shaped sweets. They are given a needle or a pin to finish the task quickly, and if they fail, they are shot in the head.

The video was first uploaded on Netflix Korea’s social media platforms. The viral video, which has received over 30 million views, has actors HoYeon Jung, Heo Sung-tae, Kim Joo-ryeong, and Anupam Tripathi, among others, taking on the sweet challenge. While taking part in the challenge, the actors answer many questions about the show.

When the video was published online, it didn’t take long for it to be swamped with comments, with many people discussing the series and the characters played by the performers in the video. 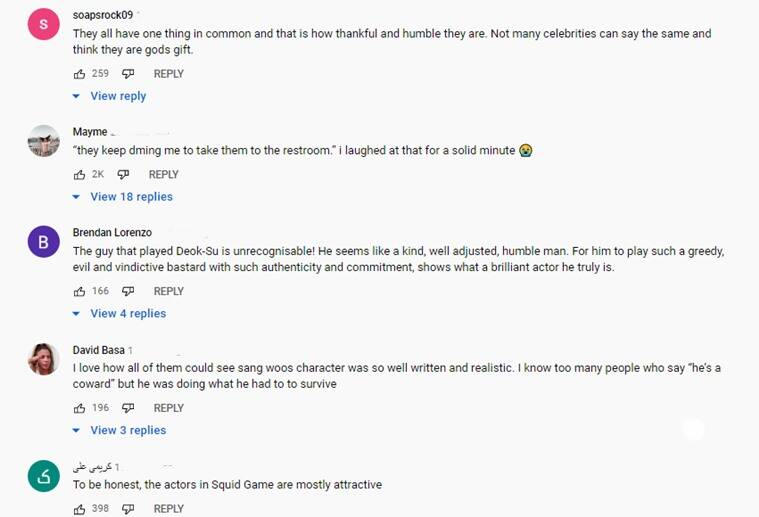 LAHORE: Allegations against the state institutions, anti-government speeches, controversies, denials and an...

Zaid Ali T and Yumnah Zaid may have won the Internet as...

BEIJING, It looks like a normal car but the white taxi by...

A German regional official said Saturday that health authorities have identified the...

KARACHI: The State Bank of Pakistan (SBP) has said that the country’s...