According to details, the royal couple arrived in Chitral after sightseeing the mesmerizing view of Hindu Kush via helicopter.

The couple was gifted traditional caps and shawl on their arrival.

As per the sources, royal couple will visit Broghil Valley and Bumburet Valley after their warm reception in Chitral. 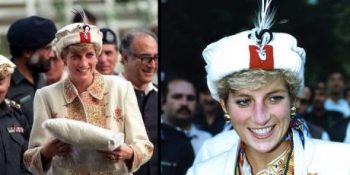 According to the details, the British Royal couple were scheduled to meet PM Imran and President Arif Alvi, whereas Imran Khan also hosted a dinner in honor of the royal couple.

Earlier, the royal couple at Girls’ High School Islamabad got merged with girls and reviewed different areas of the school.

The couple inspected math class at the school, whereas the school administration also briefed them about the education system in Pakistan.

The children dressed in traditional attire presented a bouquet to the Duke and Duchess of Cambridge.

On Monday night, Prince William and his wife, Kate Middleton had reached Pakistan on a five-day official visit at Islamabad airport.

Opposition leader in the National Assembly Shahbaz Sharif on Friday required the...

The other side of the coin

Citizens demand that encroachments be removed and nullahs be cleared before monsoon...

Senior Director Anti-Encroachment Bashir Siddiqui has submitted a report in the Supreme...