"We Have To Move Forward As Per NCOC Policy": Fawad Chaudhry

Newly-weds Bakhtawar Bhutto and Mahmood Chaudhry are heading towards Larkana as Bakhtawar posted a new selfie. 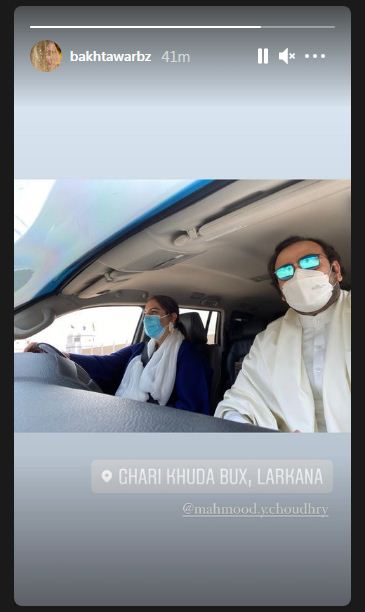 The couple’s reception ceremony took place on Saturday, January 30th with PPP members and other political figures as attendees.

The performances of folk artists in the event also added to the excitement.

However, after several pictures from their wedding and reception circulated online.

The PPP leader’s daughter has also made changes to her Instagram profile after marriage.

Bakhtawar Bhutto changed the profile picture of her verified account on the social networking site, Instagram along with posting pictures of her wedding.

Her wedding events became the talk of the town and her royal dresses grabbed everyone’s attention. From her mehndi to baraat as well as the reception dresses became every girl’s dream.

Her Instagram profile picture now has a picture of her as a bride, in which she is dressed in a golden wedding dress while her face is covered with a veil.

Picture of Bliss: Bakhtawar all smiles with Mahmood at their Mehndi event

Pakistan ‘watchful, but not concerned’, as India assumes UNSC presidency

WATCH: Katrina Kaif shows off her silly side in this new BTS video

Actress Katrina Kaif is a frequent user of social media and has...

Swimmer Kiran Khan believes that Pakistan is unlikely to win any medal...

Saudi Aramco denies reports it will embark on Bitcoin mining

DHAHRAN: Saudi Aramco has denied the reports about its plans for Bitcoin...

Amidst the growing fear of the highly contagious Delta variant of the...