He further said that “when we were kids, our mothers used to recite Kalima to us, and nowadays, young mothers give mobile phones to their children, which play Baby Shark.”

After his statement, this matter has gotten intense and the famed actress and mother of four has reacted to Abrar-ul-Haq for criticizing modern-day mothers, says “he has no right to talk down mothers when he himself has grown up the way everyone else did.” 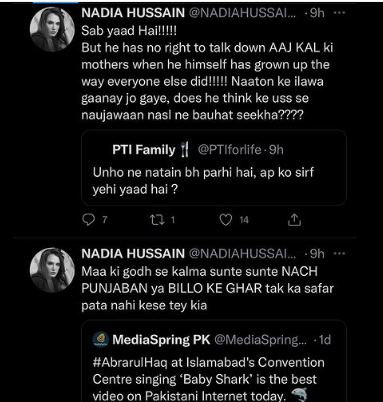 Nadia Hussain, a television actress, and supermodel have decided to expose some...