Renowned martial arts expert Muhammad Rashid has again made it to the Guinness World Records for breaking walnuts with his head.

Muhammad Rashid has defeated his Indian opponent and made a record of cracking 254 walnuts with his read, breaking the record of 239.

He has made over 60 records whereas his academy has created 75 records so far.

His journey began in 2013 when he broke the record for the most bottle caps removed with the head in one minute (40) at the Punjab Youth Sports Festival, in Lahore, Punjab, Pakistan.

On the other hand, Rashid’s daughter Fatima Naseem has broken a record as well.

She broke the record for the most full contact elbow strikes in one minute using alternate elbows (female) with an incredible 242 on 16 August 2020. 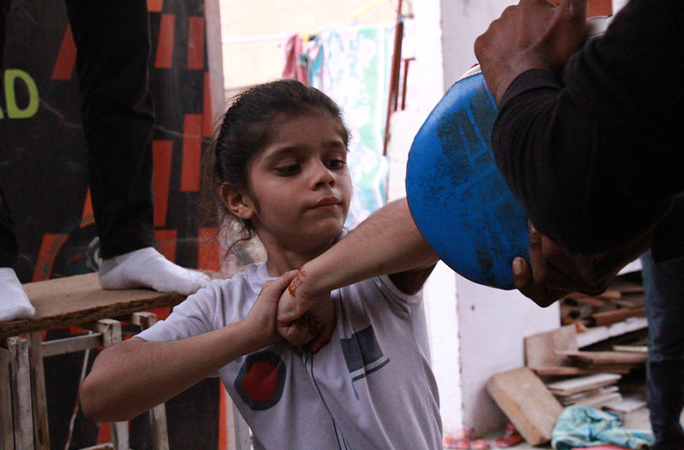 Muhammad Rashid is the founder and president of the Pakistan Academy of Martial Arts. Many of Muhammad’s students have gone on to become record holders under his training.

When Man Became Rich Overnight After Meteorite Landed In His House

Imagine what you would do if a Meteorite or a space rock...

A new achievement has been seen in the education sector as 12...

Lebanese Artist makes statue from the debris of Beirut explosion

A statue of a woman made from the debris after the explosion...

A 17-year-old girl from Texas broke two Guinness World Records for having the longest...

Top officials of the cricket board are also in touch with the...

In the second match of the Lanka Premier League, thanks to the...

Rabab Hashim, who married her Mr right today, has shared a love...