Discovery of a of four legged whale from Egypt

Beehive kill 60 penguins by stinging them in the eyes

Lady shocked to see a crocodile in the back garden

Discovery of a of four legged whale from Egypt

Cairo: An important discovery has now been made in Egypt about the amazing fossils of the whale. Here are the bones of a 43 million-year-old whale that had four legs and lived on land and in water at the same time.

Fossils of the whale have been found on the Fayum slope in a desert area of Egypt. It has been given the interesting name ‘Phyomecetes Avenue Bus’. It should be noted that Anubis was the name of the god of death in ancient Egypt. The fossil belongs to the Middle Eocene era.

This is a new type of whale that belongs to the first whale (protect dye). All the whales of this era are old, preparing to go to sea by land. Egyptian experts have played a key role in this discovery, which tells the amazing story of the evolution of the whale.

The whale was then taken to the Center for Vertebrate Extinction at Mansoura University, where further research was conducted. According to experts, this whale was a very agile hunter despite its weight. Although only a partial structure has been found, it is estimated to be the oldest species of whale found in Africa that began its journey from land to water. 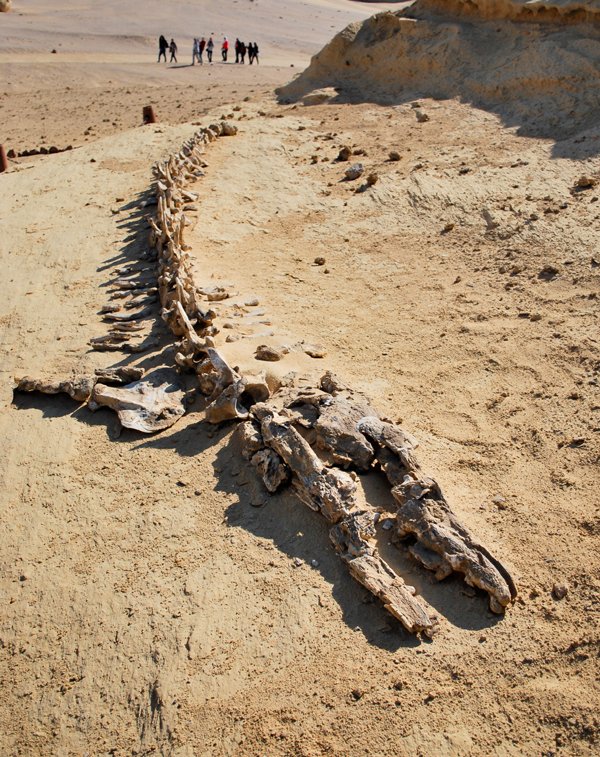 The entire investigation is being led by Dr Abdullah Gohar, who is affiliated with Mansura University. He and his team have published the details in the Proceedings of the Royal Society B.

“She was a cunning hunter and we believe she was the goddess of death for other creatures around her,” said Dr Abdullah. He said the new discovery would help in understanding the various evolutionary stages of the whale.

It should be noted that these relics of the New Whale have also been discovered in the famous desert valley of Egypt, Al-Hayden Valley, where many amazing relics of the ancient whale have been found. The most important of these are the Bacillus saris, a type of long snake-like whale. Its details are very complete. That is why UNESCO has listed the Al-Hayden Valley as a ‘World Heritage Site’

Stonehenge repairs keep the site protected for next generations

Stonehenge has confused people for ages. How did the stone designs get...