Pakistan’s most popular Tiktok star Jannat Mirza landed herself in trouble after sharing tiktok videos wearing a pendant crucifix around her waist, leading Christian community to feel offended, and rightfully so 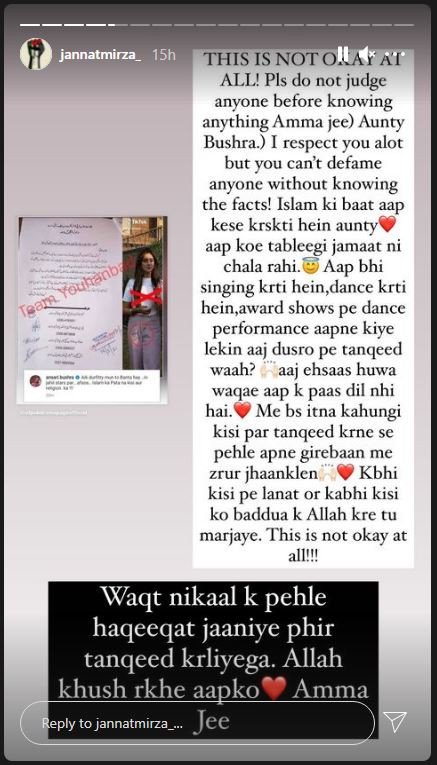 Following this, Jannat Mirza shared Ansari’s comment and asked her not to judge without knowing. “This is not okay at all!” she wrote. “Please do not judge anyone without knowing anything Amma Jee,” added the social media celeb. “I respect you a lot but you can’t defame anyone without knowing the facts. Islam ki baat ap kese karsakti hain aunty, ap koi tableeghi jamaat nahi chala rahin (besides, how can you preach Islam when it’s evident you’re not running a transnational Islamic movement yourself).”

In her note against Ansari, Jannat Mirza went on to call her out for ‘singing’, ‘dancing’, ‘performing’ and according to her, doing in essence the same things that she does. “I would just request you to look at your own shortcomings before judging me for mine,” she concluded. 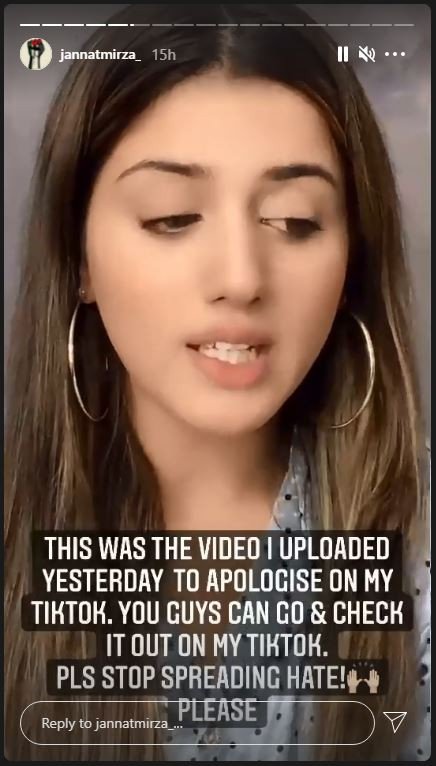 In a video, Jannat acknowledged she did mistake, and clarified that the chain she donned came as a PR package, which she promoted without checking. “My intention was never to hurt anyone, I found out through the comment section of my videos after posting them that the chain I’m wearing on my waist has a Christian amulet and I deleted the videos instantly after. It was my fault and I am accepting my mistake,” she said in the video currently available on her Insta Stories.