Alessia Cara explains why she is open about her mental health

Actress Saboor Aly has shared a poster of her new drama ‘Parizaad’ on the photo and video sharing app Instagram, which will be aired on a private TV channel soon.

On the other hand, fellow actress Sadia Ghaffar wrote ‘Shehzadii’ in a comment. 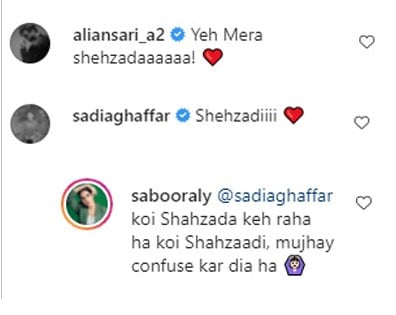 KARACHI: The cargo motor vessel Heng Tong 77 that ran aground to...

Two bodies have been found above K2's Camp 4 just below the...

Kinza Hashmi is a Pakistani television actress. She was born in Lahore...