Amna Ilyas is a Pakistani actress and model who recently drew the attention of the internet after sharing a video of herself ‘accidentally’ kicking a man in the head while attempting to execute a popular internet challenge in which the subject kicks something (usually a bottle) off a surface.

Many internet users from all around the world have taken up the challenge and shared videos of their successful attempts on social media. Ilyas also took part in the challenge, however, she did not hit the target. Instead of kicking an apple, she ended up kicking the person in the head with a scary amount of force.

Ilyas proceeded to share the video of the kick on social media in an attempt to be funny. “Bullseye,” she captioned the video. “Disclaimer: nobody was hurt in the making of this video and don’t try this at home.”

However, internet users did not find the video amusing. Users bombarded the actor’s comment area, chastising her for an act that may have badly wounded a guy. A commenter remarked on Ilyas’ video, “It does look like he got hit quite a bit.” “That’s not acceptable.” 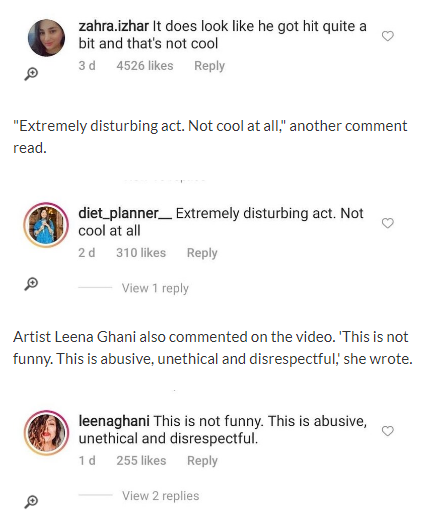