Photos of Dananeer Mobeen’s bridal photo shoot are being shared on Instagram on all social media pages. 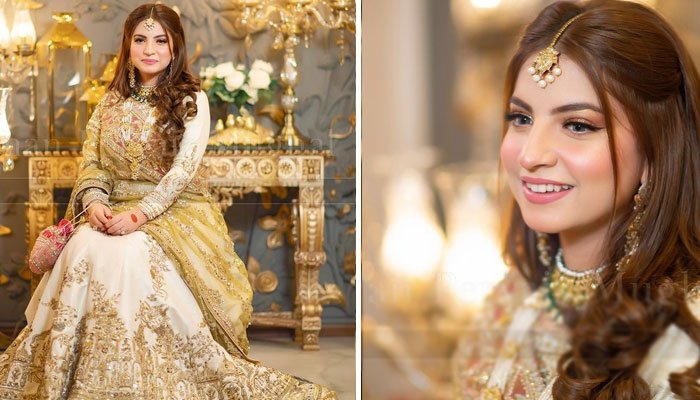 In the pictures, Dananeer looks very attractive donned in a beautiful gold lehenga and light make-up.

The girl in the video says it’s me, it’s my car and, they are my friends and we are having a party. The girl’s speaking style, fake english accent and tone was such that the video was funny to the users while it also went viral in just a couple of hours.

The popularity of the video reached cross-border earlier when popular Indian music producer and content creator Yashraj Mukhate mixed his musical touch to it. His music video became a massive hit.

Constant motivation is what drags our celebrities from their hectic schedules...