Hamza Ali Abbasi is a well-known Pakistani actor who left showbiz when he is at the height of his career and now he is proudly spending his time learning and practicing Islam’s teachings. Hamza has recently started his voice for social issues, and he is frequently taking interest in public affairs.

The Alif actor recently praised a well-educated biryani vendor who just went viral. Hamza expressed his gratitude on Facebook, writing, “Well Done Muhammad Umer Kamal.” May Allah grants you more success and blessings in this life and the next, Furthermore Allah is unquestionably the best friend.” Hamza Ali Abbasi also encouraged his followers to try his biryani. 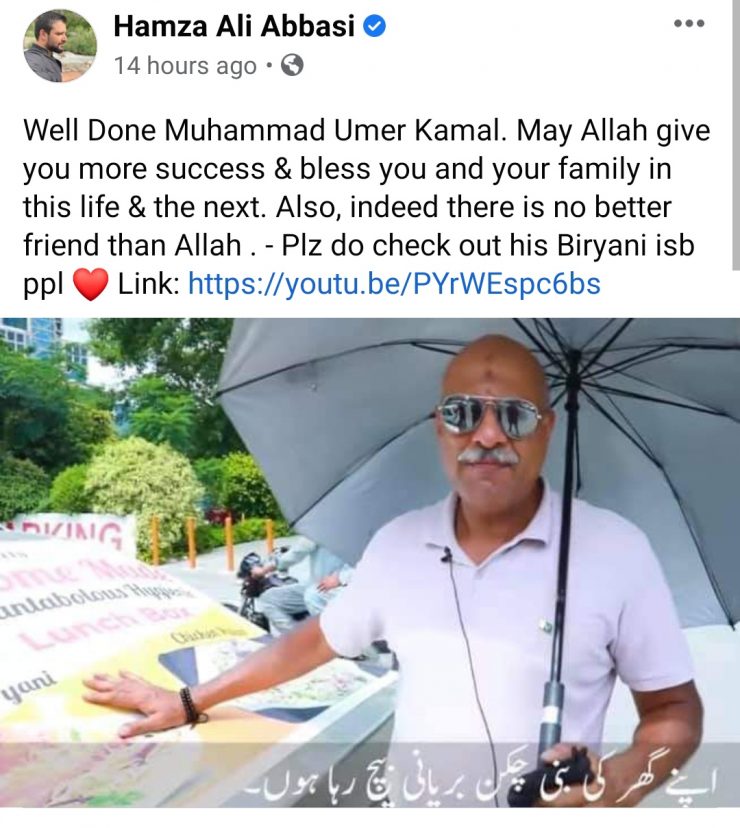 The Man Mayal actor was inspired by his motivation. The viral biryani seller is from Islamabad, and despite being a lecturer by trade, he has been jobless for quite some time. Mohammed Umer Kamal earlier announced on social media that he launched his own biryani business after becoming disappointed due to unemployment.

The viral biryani seller hails from Islamabad, the seller was a lecturer by profession but continued to be jobless for quite some time. Mohammed Umer Kamal, previously took to social media groups that he has started his biryani business after experiencing despair due to joblessness.

Firefighters in Colorado rescued a dog in the morning, caught in the...

Pakistan will not boycott next month's Twenty20 World Cup match against New...