Actors Minal Khan and Ahsan Mohsin Ikram, who are all set to walk down the aisle on September 10, were brimming with joy at a star-studded event ahead of their wedding.

The latest event to create frenzy on the internet is the dreamy marigold-filled Mayun. Lovebirds Minal and Ahsan couldn’t seem any happier as they had the festive celebration among many beaming faces.

The couple posed for some palsy-walsy portraits looking as loved up as ever but netizens were clearly displeased with the public display of affection.

A video, which has drawn intense flak from the netizens, is doing rounds all over the internet where the happy groom is spotted kissing his betrothed Minal.

Expressing resentment, the social media users directed their ire towards the couple whilst slamming their actions. 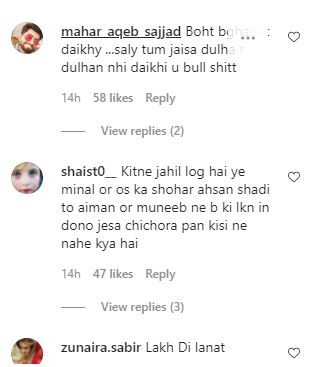 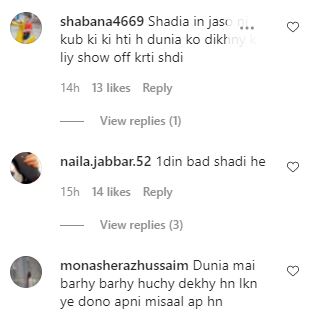 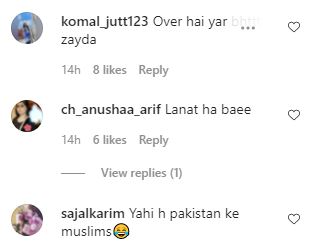 The Jalan actress nailed the traditional mayun look with a yellow outfit, gold earrings and necklace, green bangles and gajras. While the groom-to-be was wearing a black kurta with a printed yellow waistcoat.

An extravagant Mayun event took place last night in an open space, with a number of fellow stars including Kinza Hashmi, Saboor Aly, Aamna Ilyas, Areeba Habib among others joined the function ahead of Minal and Ahsan’s big day.

The couple’s dholki was held on Tuesday and they are set to tie the knot on September 10, Friday.

The event began under a joyous canopy and a well-set stage for the bride and groom. Under hues of red and blue, Khan and Ikram shook a leg as they donned exquisite, colour-coordinated outfits.

The power couple were formally engaged in June after a private baat pakki ceremony in May. They have starred in the drama serial Parchayee.

As lovebirds, Minal Khan and Ahsan Mohsin Ikram are going to walk...