Turning to her Twitter, the Bashar Momin star, who has been quite vocal on the subject, went on to explain why a series about Lahore courtesans should be made by Pakistani filmmakers.

“Heera-Mandi was what present-day inner-city Lahore is. Like I said, India has a plethora of rich cultures & histories to film. Today, Mughal history mostly falls into Pakistan’s domain, language/some geography. We needed this,” said Ushna. 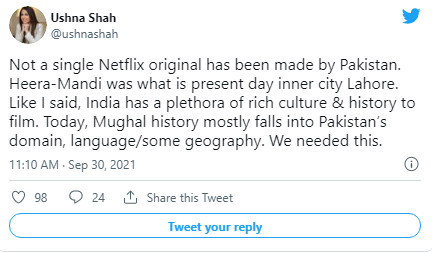 In a follow-up Tweet, the actor stressed why this could have been an important project for Pakistan.

“Also, it isn’t about permission. Banaanay koh toh they can make anything. Of course it was all India once. But if the little history that leans towards Pakistani culture/language/city is also commissioned to India to make what historical film will Pakistan make?” she raised her concerns. 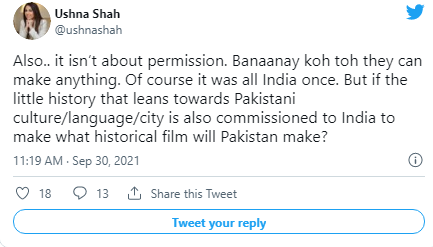 BRUSSELS: The recovery of the eurozone economy is losing steam, a closely watched...