In India, several accounts linked to the Farmers protester on the social networking site Twitter have been shut down over the past two months.

According to India Today, most of the closed accounts belong to Kisan Ekta Morcha and Caravan India, which were apparently shut down after the Indian government sent a legal notice to Twitter.

The report further said that Twitter has received a legal notice to block several Twitter accounts belonging to farmers’ organizations, workers and media groups who were tweeting against the three farm acts.

In this regard, Indian officials say that Twitter was asked to block more than 250 accounts or remove tweets that used specific hashtags.

According to Indian officials, the Ministry of Information Technology blocked about 250 tweets and Twitter accounts using the hashtag #ModiPlanningFarmerGenocide and making fake, threatening and provocative tweets on January 30.

According to India Today, the ministry has blocked access to 120 accounts and 230 tweets.

According to the report, sources said that the Indian government blocked these tweets and accounts to maintain law and order in the wake of the farmers’ protest.

Indian officials said that the move was taken at the request of the Home Ministry and law enforcement agencies to prevent any untoward incident.

However, it is also clear that some of these accounts were not using specific hashtags.

It is not yet clear which specific accounts were blocked, but according to Twitter users, many of the accounts that were tweeting information about farmers’ demonstrations are now blocked in India. 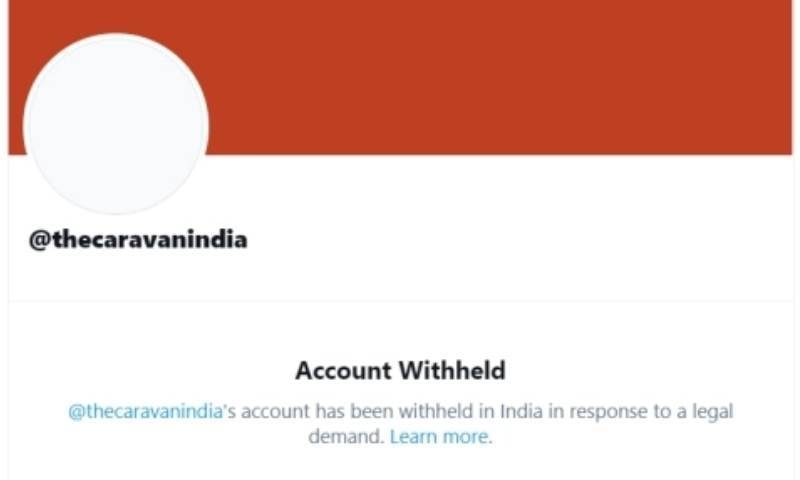 Similarly, other accounts in India have been withheld and similar messages are being received on them.

According to the report, it appears that the account was blocked by mistake and the legal notice may have asked Congress leader Shashi Tharoor to close his account.

Farmers went on a hunger strike a few days after violent protests...

Women in leadership: Achieving an equal future in a COVID-19 world

Women from all over the world are celebrating their big day i.e....

Cinemas In Abu Dhabi To Reopen With Limited Capacity

In the United Arab Emirates, it has been decided to reopen the...

India Rejects US Report That Downgraded Its Status To ‘Partly Free’

A leading American think tank had said in its report that Modi...

Telegram rolls out new update to increase its users

PSL 2021: Remaining Matches Soon To Be Played In Lahore: Sources

Good news for all the dishearted fans of the Pakistan Super League....

The IPL 2021, scheduled to begin from (April 9th), is entertaining tournament...