Rabi Pirzada the former Pakistani actress, model, and singer was born in Quetta on February 3, 1992. The intelligent little girl Rabi used to be among the toppers of the class. She did her graduation in Computer Science followed by a Masters in Business Administration (MBA). But left the MBA after doing two semesters only.

Rabi’s father Major Humayun Pirzada had served as an officer in Pakistan’s army. Her mother is an architect and a teacher. As she belongs to a non-artistic family her two brothers are likewise not a part of the showbiz industry. Moreover, in 2010, the former singer married Tahir Shah who was her family friend and a retired army officer along with a businessman. Both of them were afterward blessed with two sons. Unfortunately, after a few years, both of them parted their ways.

Rabi was a passionate little child during her school days with a major interest in musical instruments. Her singing career started in 2005 with the launch of the album Jadoo. Mujhay Ishq Hai, Kisi Kay ho Kar Raho, and Jadoo are some of her famous songs. Rabi also hosted a number of Pakistani shows such as Weekend with Rabi in 2006 and Noor Bibi in 2018. She also did the movie Shoor Sharaba with the co-star Meera. However, on November 4, 2019, Rabi quit the showbiz industry followed by completely changing her lifestyle. 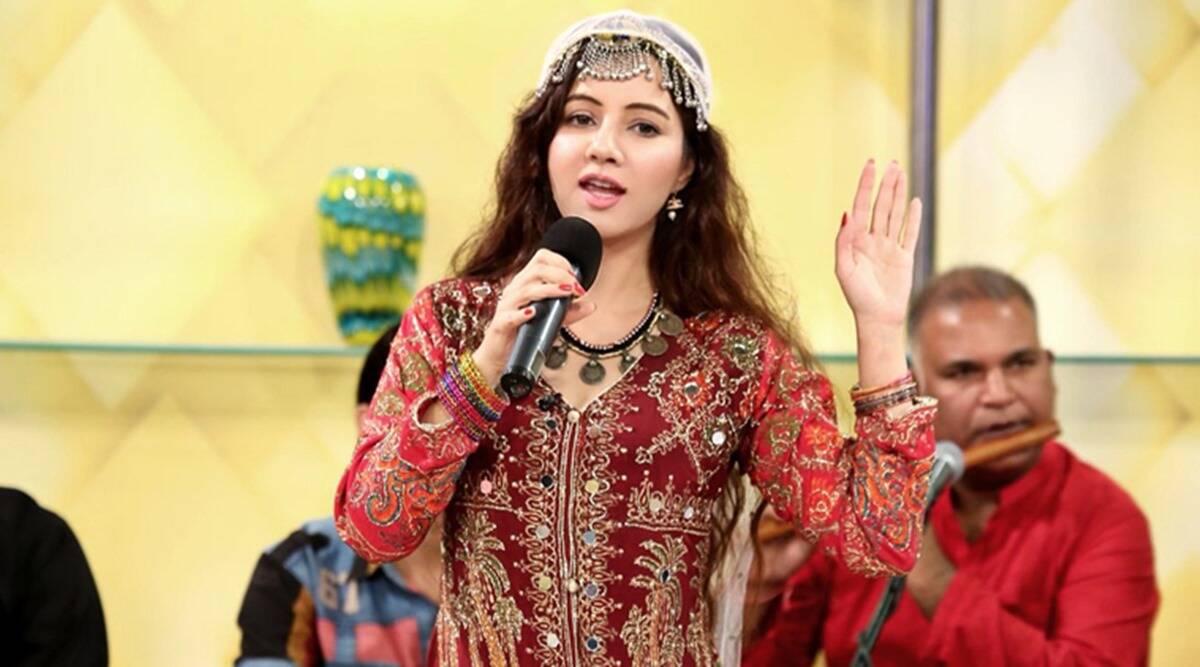 Rabi’s Work As An Actress

Rabi always kept the fans updated with her life through her social media handle and here are some of her photographs.

Rabi Pirzada, who has turned into a calligrapher and a painter after...