Cristiano Ronaldo's ladylove confesses she wants to get married soon

South African cricketer Bjorn Fortuin has embraced Islam along with his wife Mieshka Aysen and changed his name to Emad. 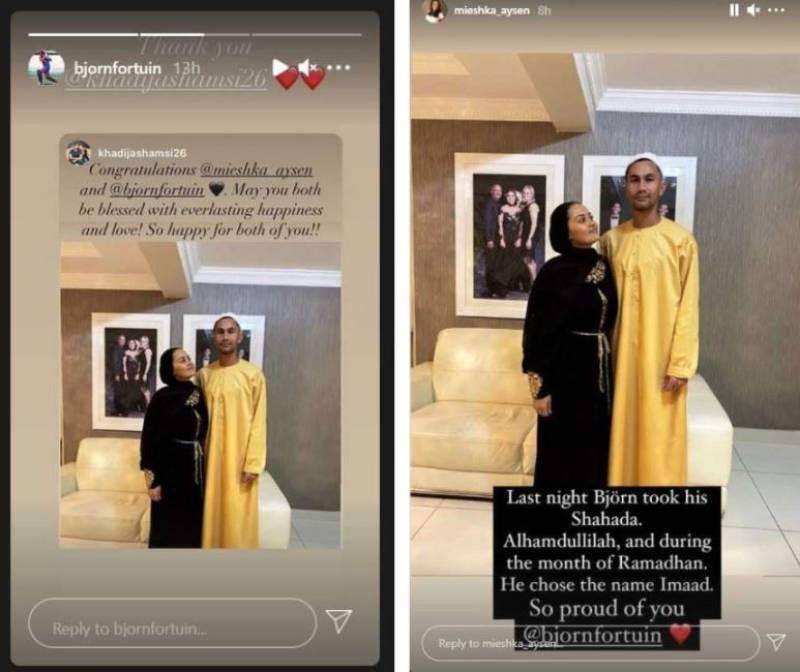 The 26 years old cricketer, who made his international debut in September 2019, has embraced Islam during the sacred month of Ramadan.

After the announcement, he has become the second South African player to have accepted Islam.

Furthermore, Bjorn Fortuin made his first-class debut in 2013. The right-handed batsman didn’t have an ideal debut as he was suspended for a duck in his debut innings.

Jackson, 42, had posted a video on his Instagram. In the video, he had been seen attending a ceremony of Masjid Ibn Uthaymeen in Philadelphia. He explained it as “one of the best days of his life.”

England's Root 'desperate' to play in Ashes but won't commit yet

Sohaib Maqsood bashes the journalist: ‘We’re not selected from streets’

Al-Qaeda could threaten the US in a year, General Mark Milley

US General Mark Milley has cautioned al-Qaeda terrorists in Afghanistan could threaten...