Pakistani Rupee Hits Nine and Half Months Low Against US Dollar

Pakistani Rupee Hits Nine and Half Months Low Against US Dollar

Experts claim that there are several reasons for the downfall of the Rupee, not just against the USD but other currencies also.

Observing the situation, Asad Rizvi, the former Treasury Head at the Chase Manhattan Bank,  said that the current account has started to show a deficit after 11 months of surplus. “This means that the government will have to continue to borrow to finance its expenditures and that will obviously weaken the currency.”

He added, “The demand-supply factor is also relevant here,” with importers needing US Dollars that is also adding pressure.

A.A.H Soomro, Managing Director at Khadim Ali Shah Bukhari Securities, told ProPakistani that PKR is flexible and reflecting market conditions. He said, “So far the PKR hasn’t dropped to new lows of Rs. 168 [to the USD]. This will not be majorly impacting inflation as government is subsiding Petrol by Rs. 30/liter which is more of an inflationary event.”

Soomro said, “PKR at Rs. 165 onwards is a disorderly movement and should stabilize as the depreciation will be too sharp. We will have dollars flow in from IMF as well so my next range is Rs. 164-166 [to the USD] for a couple of quarters.”

Asad’s and Soomro’s opinions are similar in a way that Asad said, “When oil prices fall, which I expect would ease in the next fortnight to one month, which will help the Rupee. But a lot of factors are involved in stabilizing the Rupee.”

He said, “Hopefully, remittances would increase, which will help stabilize PKR. Besides the SBP is adopting stricter policies as a result of anti-money laundering conditions, so, hopefully, PKR would remain stable. But future predictions depend on all these factors and even more, including global oil prices.”

US Dollar is gradually gaining its ground against other major currencies, according to experts. This might be one of the reasons for the downfall of the Pakistani Rupee. 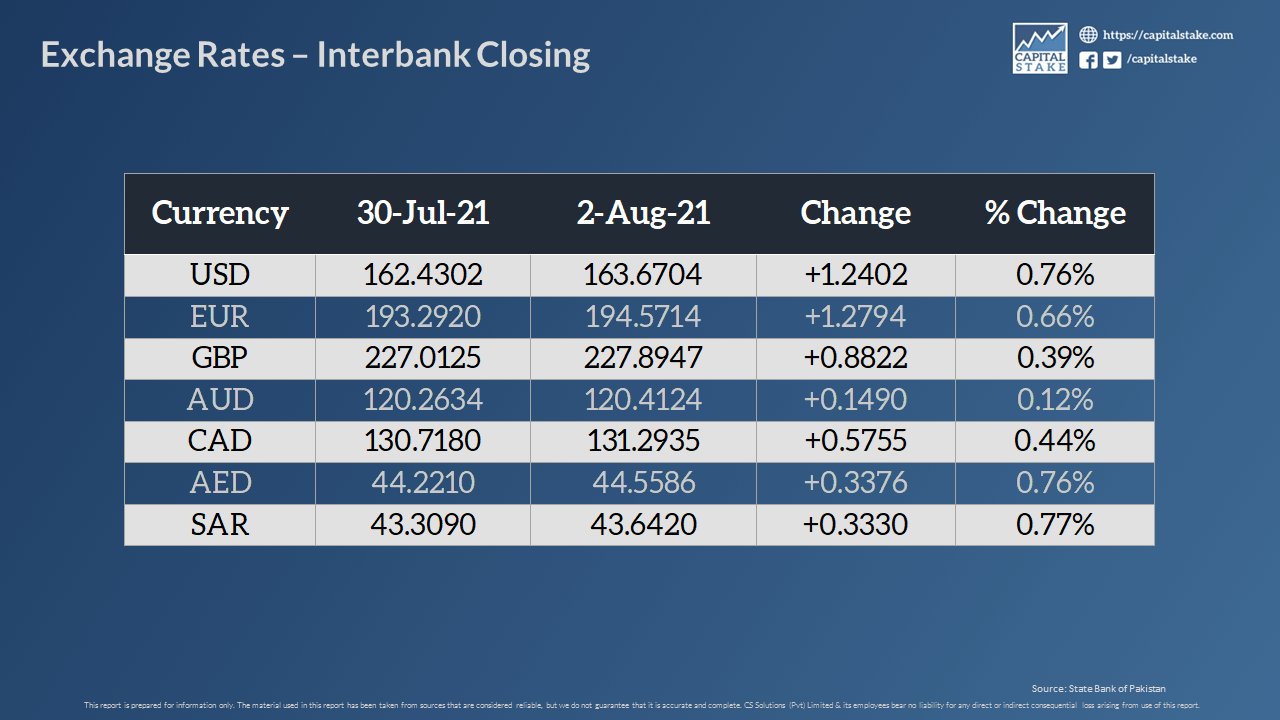 The current exchange rate between the Euro and the Pakistani Rupee (PKR)...

SBP took action on the rising value of the dollar

When the SBP took action on the rising value of the dollar,...

The growth of major industries in the country has increased

The growth of major industries in the country has increased during July...

Shaukat Tareen has allowed the provinces to continue collecting taxes

Exports in Japan up by 26 pct. In August, enduring fast retrieval from pandemic