The National Assembly (NA) session is underway today to debate over the expulsion of on French ambassador at the Parliament House with Speaker Asad Qaiser in the chair.

The government has tabled the resolution regarding the expulsion of the French envoy over the issue of blasphemous caricatures.

In an unfavourable turn of events, a heated exchange also took place amidst the session between PML-N’s Khaqan Abbasi and Asad Qaiser.

Abbasi had approached the Speaker’s stage to have a word with him when all of a sudden he was heard saying: “Have you no shame?”

“Hold your tongue,” said the Speaker in response. To which Abbasi replied: “You always speak such things and adopt such a behaviour.”

However, as things intensified, Shahid Khaqan Abbasi added: “I will take off my shoe and hit you.”

“I too will do such a thing then. Please stay within your limits,” Speaker Asad Qaiser said to Abbasi.

The Speaker told the former premier to just proceed and speak about what he had set out to address.

After the incident took place, several politicians jumped in to discuss the fiery matter. SAPM Shahbaz Gill took to Twitter and lambasted Abbasi over being ill-mannered.

He said, “Shahid Khaqan Abbasi shows his actual side every other day. Today he threatened the Speaker National Assembly to kick him with his shoe.”

Furthermore, speaking on the resolution, Minister for Religious Affairs Noor-ul-Haq Qadri said, “This house is the guardian of the sanctity of the Holy Prophet (PBUH) and Prime Minister Imran Khan has advocated the issue at the international forums.” 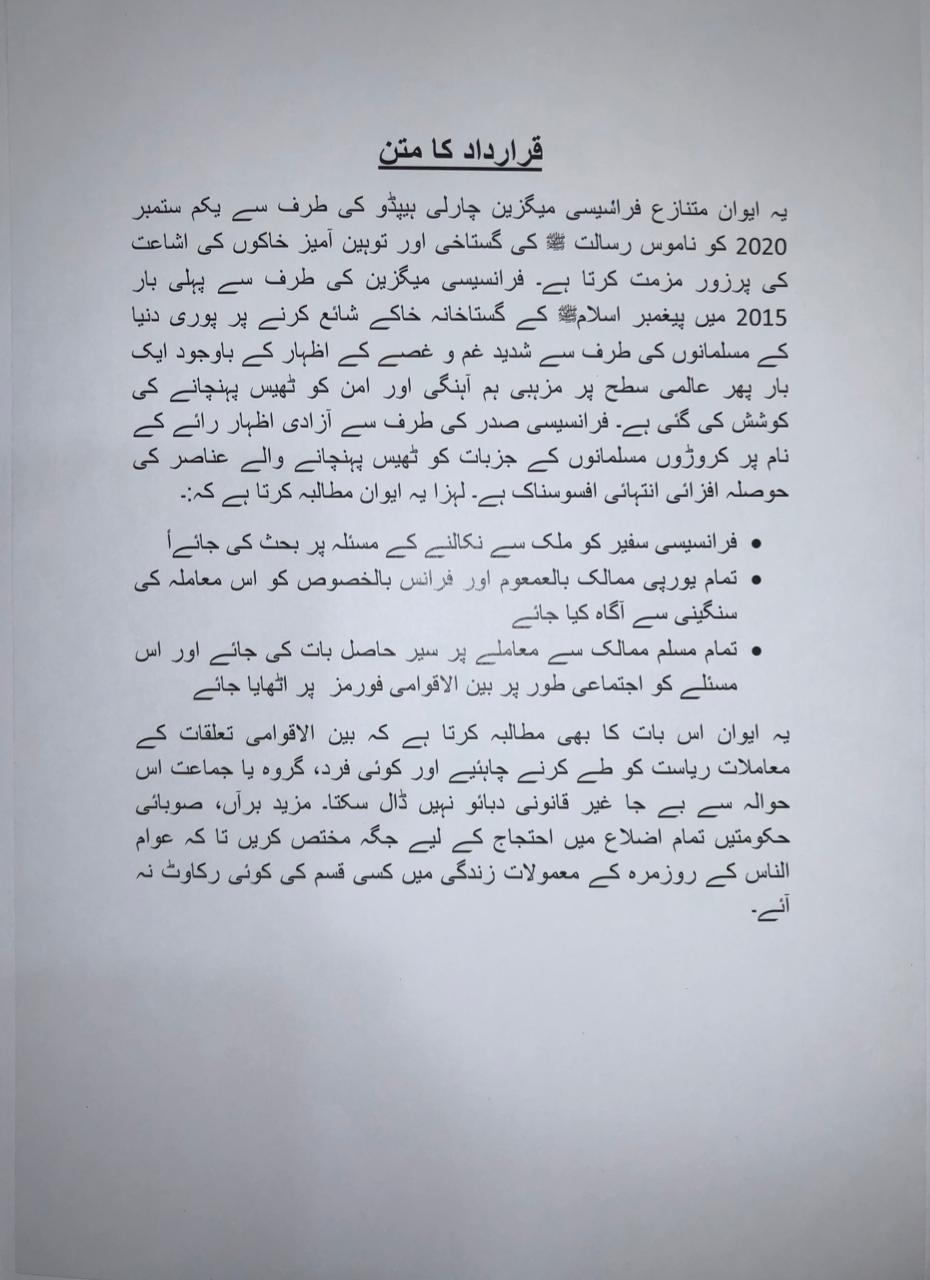 Other speakers including Ahsan Iqbal, Shahid Khaqan Abbasi, Asad Umar and others also spoke on the event and extended their complete support for the resolution.

Speaker Asad Qaiser later adjourned the proceedings of the house for Friday, April 23 and directed the members from both sides to devise a joint strategy on the resolution.

The National Assembly session on French ambassador resolution is underway at the...

The ruling Pakistan Tehreek-i-Insaf (PTI) emerged victorious in the cantonment board elections...

KARACHI: Pakistan’s current account deficit has widened to $2.29 billion during the...

KARACHI: The Ministry of Planning and Development is seeking services of a...

The ruling Pakistan Tehreek-i-Insaf (PTI) emerged victorious in the cantonment board elections...

In the midst of a royal feud, Queen Elizabeth extends an olive branch to Prince Harry on his birthday

On Zoom, Queen Elizabeth video-called Prince Harry to wish him a happy...

Grimes and Elon Musk's infant son knows his mother by her first...