Now, Lahore Qalandars need 141 runs to win against Zalmi. Brilliant performance was given by Shaheen Shah Afridi once again in his four overs that includes 1 maiden, 14 runs and 3 wickets. 4-1-14-3 and 16 dot balls.

Opener Imamul Haq and Kamran Akmal started the innings for Zalmi. Imam was sent to the pavilion right after, getting caught out by Ben Dunk off Shaheen Shah Afridi’s first ball of the match.

Imam ul Haq was replaced by Shoaib Malik. The Peshawar franchise lost their second wicket when Kamran tried to flick a boundary, only for it to land straight in the hands of the perfectly positioned fielder.

Haider, who replaced Kamran on the pitch, got out on his first ball as well, caught by Dunk off Salman Mirza’s ball.

Malik lost his wicket in the eighth over, caught out by Dunk.

Ravi Bopara (34 off 33) and Sherfane Rutherford (24 off 21) then stabilised their side’s innings, putting runs onto the scoreboard through to the 15th over.

Their partnership ended in the 17th over, however, with Rutherford getting caught by Agha Salman off Afridi’s bowling after having contributed 26 runs from 27 balls.

Earlier Lahore Qalandars won the toss and elected to field against Peshawar Zalmi.

The match between the two teams started at 2:00pm, with the Qalandars winning the toss and opting to field first.

Qalandars finished runners-up during the previous season while Zalmi also has a very good track record the tournament. Lahore Qalandars have won only 3 out of the 11 matches with Peshawar Zalmi so far. 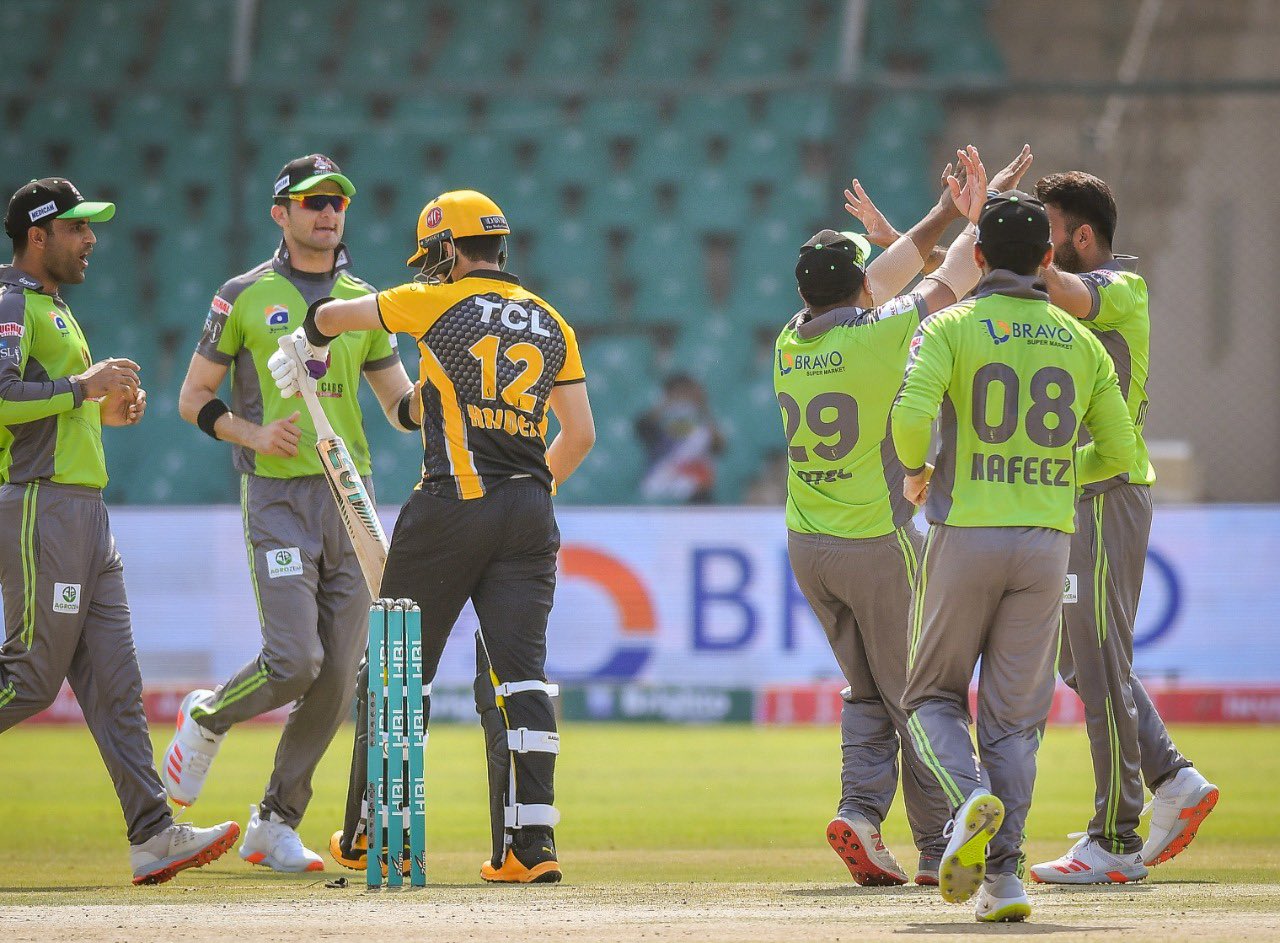 Zalmi is the one of only two teams in the PSL that has played the play-offs in each of the five editions so far.