Fatima Naseem, a 7-year-old Pakistani Martial Artist has made a new Guinness World Record of ‘striking most full contact elbow in one minute’. She has broken the record of an Indian girl.

For 242 times, Fatima struck the punching pads with her elbow and broke the Indian record. As per details, a girl, identified as Shruti S, hailing from India made the record in the same category by striking elbow 211 times in 2018.

A nine-year-old girl has made Pakistan proud for setting a new Guinness...

Fatima had made the record on August 16th and was approved by the Guinness World Records. Their official website confirmed that,

“The most full contact elbow strikes in one minute using alternate elbows (female) is 242, and was achieved by Fatima Naseem (Pakistan) in Karachi, Sindh, Pakistan, on 16 August 2020.” 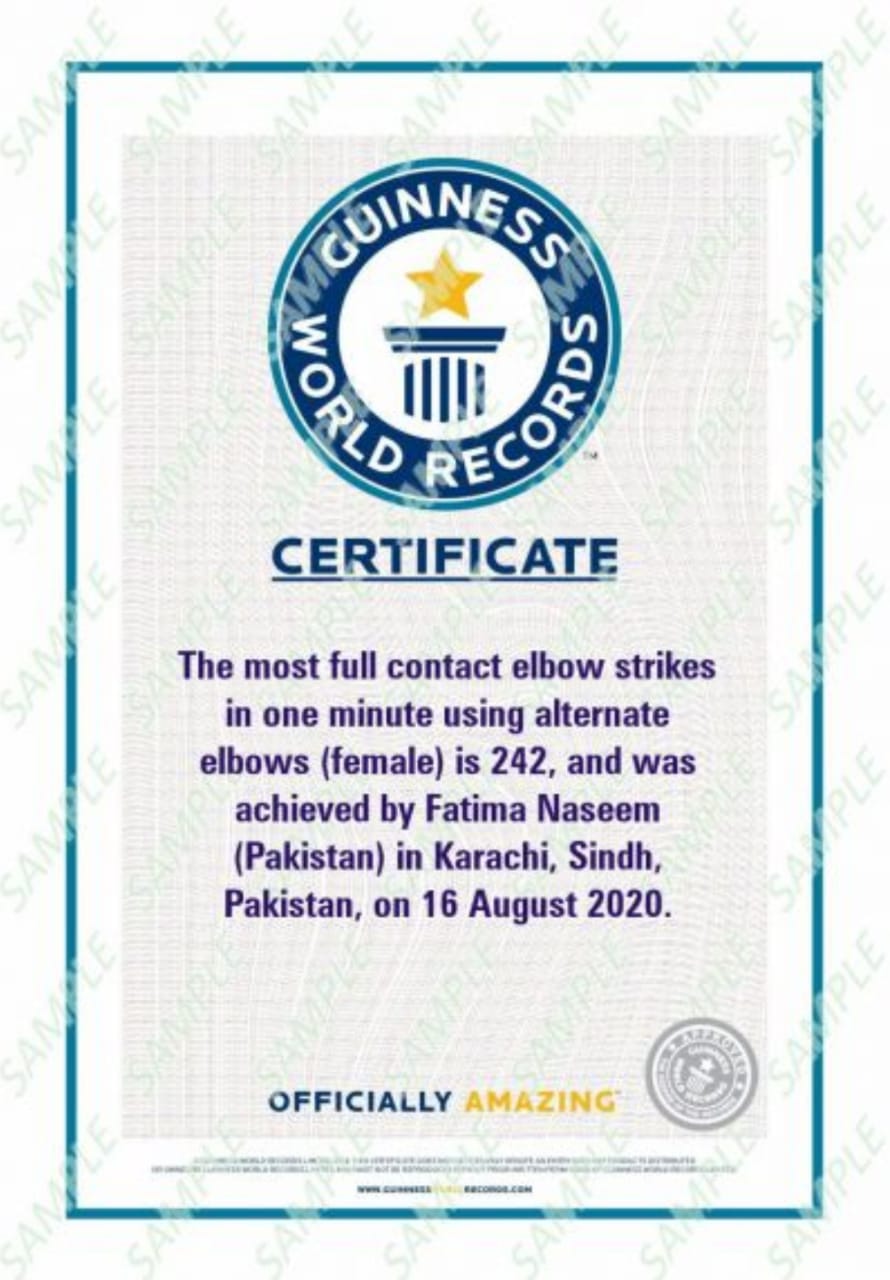 It should be highlighted here that Fatima is the daughter of famous Pakistan Martial Artist Rashid Naseem, who himself has achieved over 60 Guinness World Records for Pakistan.

We Are Not Asking For Any Kind Of NRO From Government: Ahsan Iqbal

PML-N leader Ahsan Iqbal has said that there is a lot of...

Prime Minister Imran Khan has called on the Secretary-General of the World...

3 FC soldiers embraced shahadat while 5 injured in the line of...

Shab-e-Qadr is considered the holiest night of Ramadan. It is also called...

Latest Dollar Rate In Pakistan Today For, 10th May 2021

Today’s USD to PKR (Dollar price in Pakistan today 2021) exchange rate given below....