The famous Brazilian model Chris Galera got married herself

The famous Brazilian model Chris Galera got married herself

Brazilian model Chris Galera, who has been frustrated with her relationships in the past, has got married herself.

According to foreign media reports, Chris Galera has decided to spend all her time and money on herself, not believing in men and then living her life alone after getting tired of their infidelity.

Chris said she previously thought she needed to be in a relationship to be happy and avoid loneliness. However, after spending time alone, she realized that it was not necessary to be with a man to be happy. 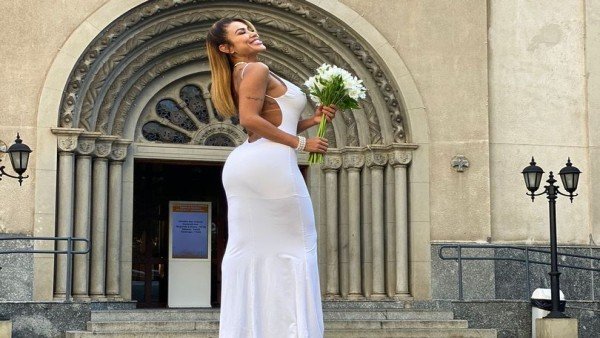 “I got to a point where I felt like I was mature, I felt like I was a strong and determined woman,” the model told foreign media. “I was always afraid to be alone but now it is not difficult.” She further said

Chris invited relatives, including close friends, to her wedding, but she has been criticized after the photos went viral on social media.