Would have been a cricketer if I was not a singer, Asim Azhar

Asim Azhar is undoubtedly an amazing singer who treats his fans with melodious songs. Apart from singing, he has expertise in acting as well.

Some of his popular dramas include Pyar Kahaani, mere dost mere yaar, Pagli, and Bahu Mali. Apart from that, the talented singer has sung various hit songs include tera wo pyar, jot u na mila, ghalat fehmi, and others. Apart from that, her mother Gul-e-Rana is also a veteran actress.

Recently, Asim has revealed he is a talented cricketer as well! Taking to Instagram, he shared a video in which he can be seen showing off incredible batting skills. In the caption, he shared his views, ” Agar Mai Singer Na Hota, Tou Cricketer Hota Shayad (If I was not a singer, I would have been a cricketer maybe)”.

He also posted an Instagram story in which he tagged Pakistan Cricket Board (PCB). 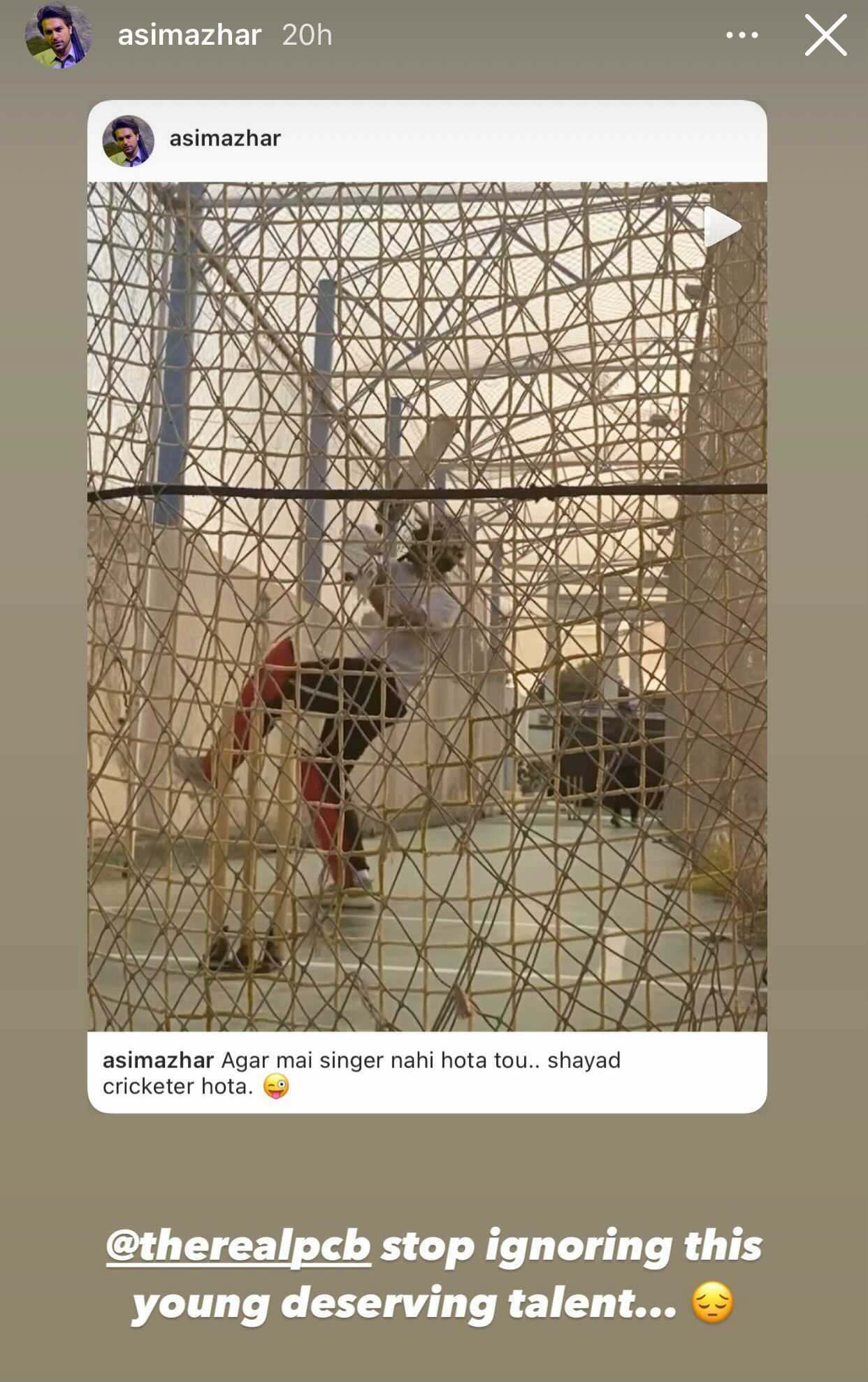