Celebrities came out in support of the young Quetta Gladiators player Azam Khan, after the state-owned channel PTV Sports made an offensive humour attempt on the physical appearance of the cricketer.

The son of Former Pakistani cricketer Moin Khan recently won against England in the first T20 International. Many lauded the performance of the player while a few made fun of his appearance, among them was PTV Sports who captioned their post about Azam Khan, as “Khata hai lekin lagata nahin”.

Fuming Pakistani celebrities called out the rude and insensitive remarks on the appearance of the young cricketer. Here are the responses of Faysal Qureshi, Ali Ansari and Haroon making a scathing attack on the audacity of the Sports channel. 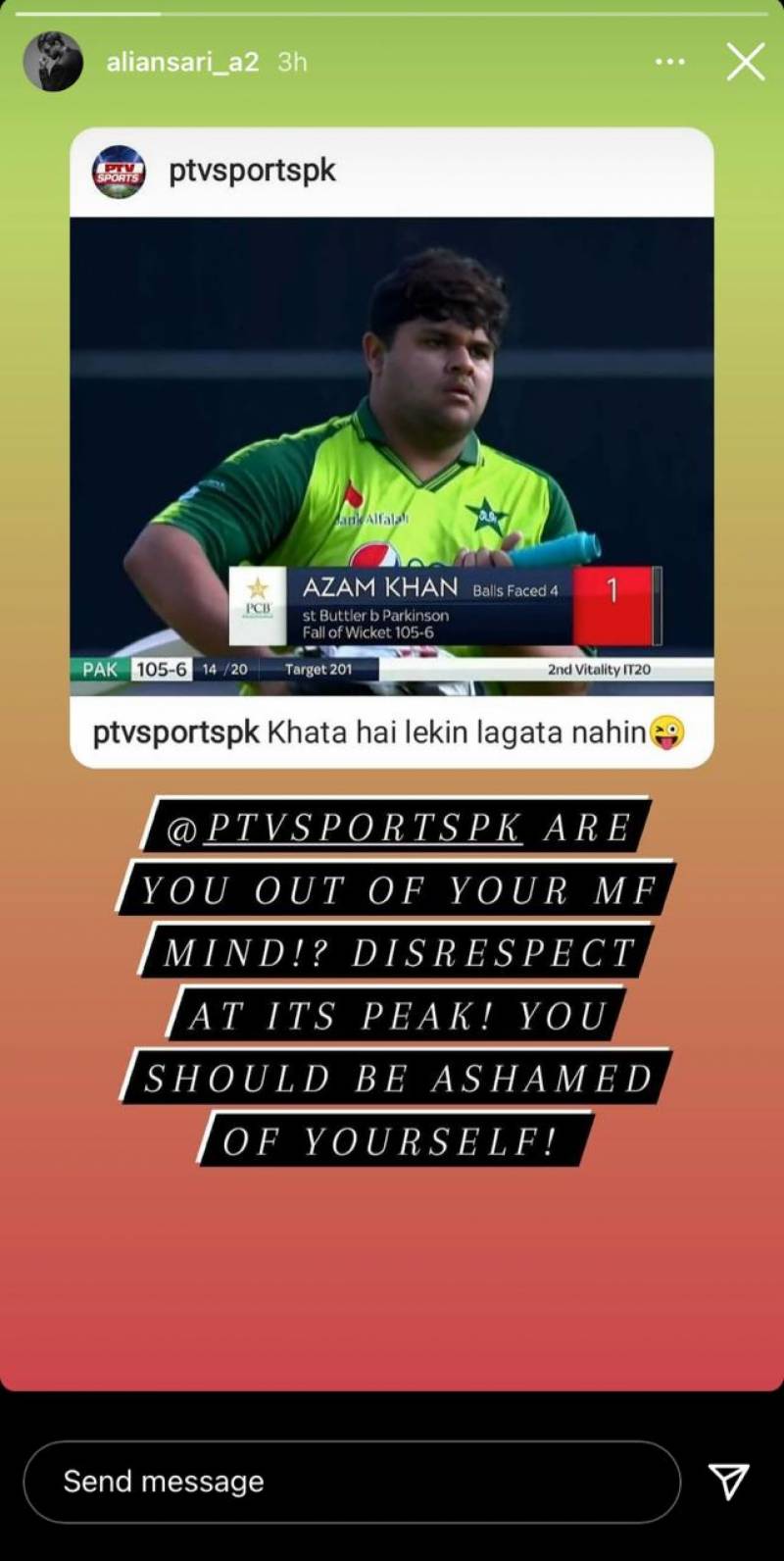 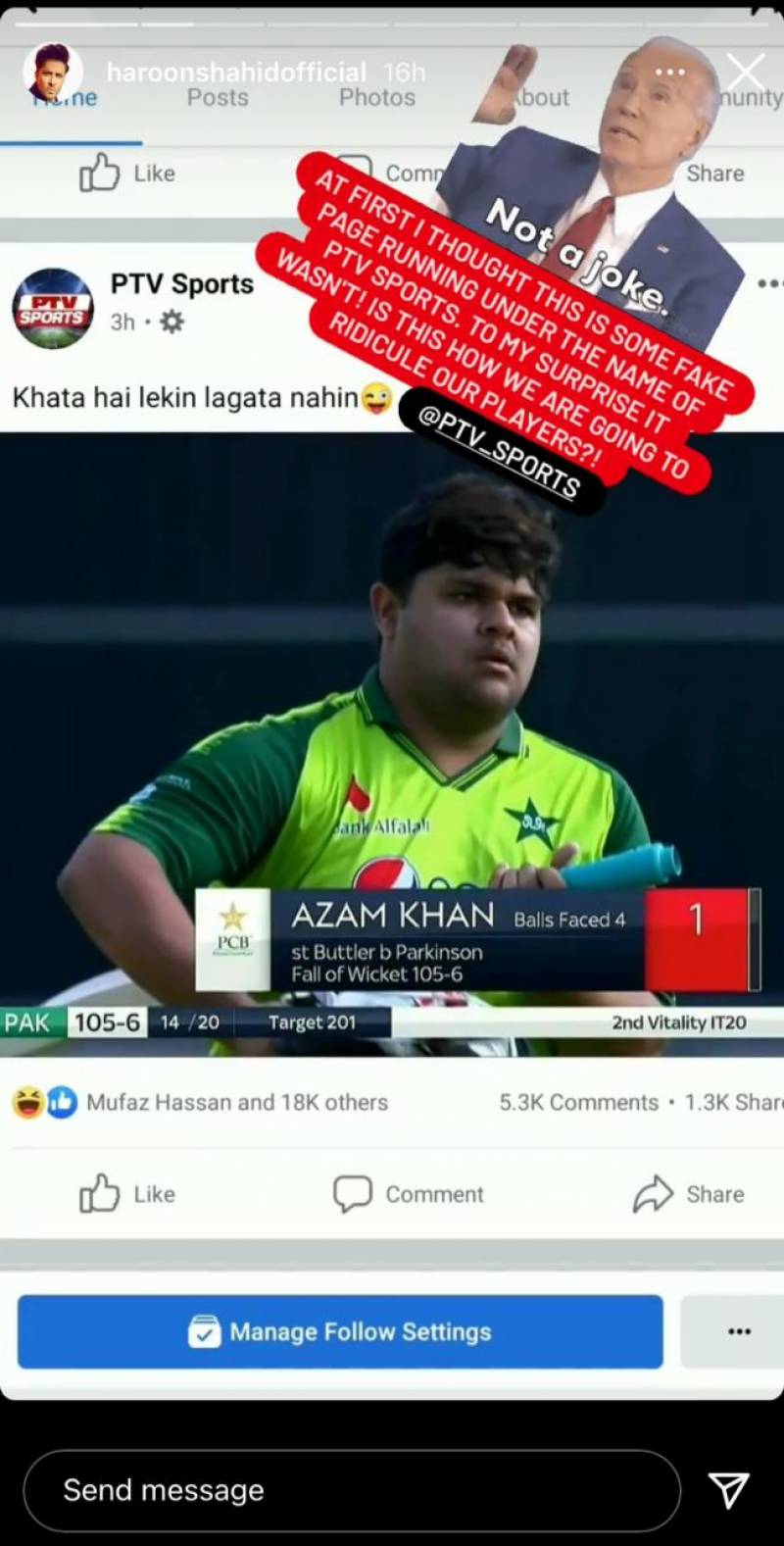 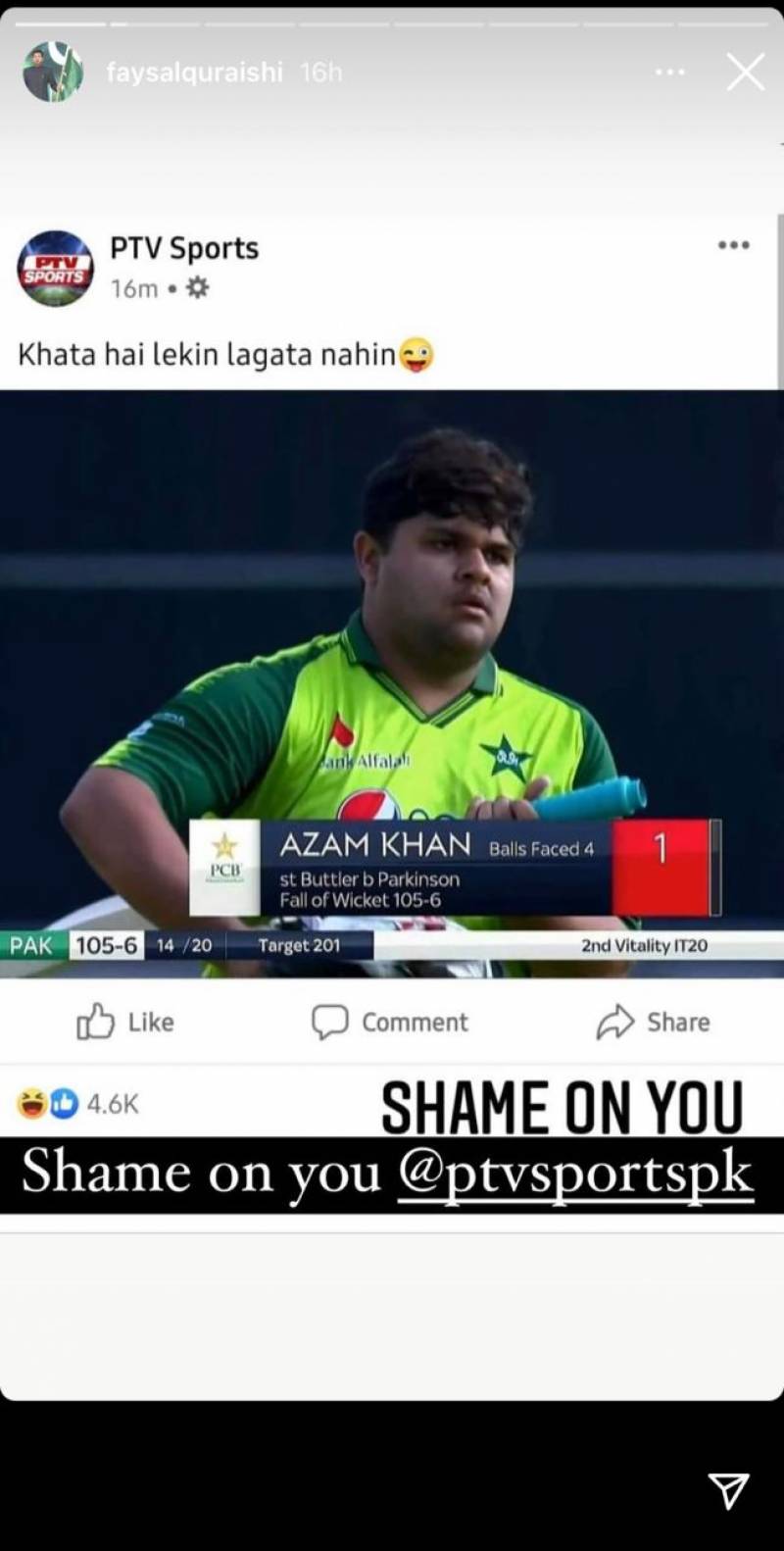