Presenting Bilal Asif, a cricketer, songwriter and a singer

Athletes in Pakistan are talented enough to impress the audience through their skills.

However, our cricketers are more skillful than we think!

Bilal Asif, famous offspinner has left his fans speechless as he is releasing a song.

He has stepped ahead in the field of singing as well.

The 6’3 cricketer has uploaded a poster of his song on twitter.

He says, “I’m super-excited to get you my very own single for the first time ever,”

“It’s written and sung by myself. I’m very hopeful that you all will like it.”

Super thrilled for my upcoming song. Guys please like, comment & share. I’m super excited to get you my very own single for the 1st time ever. It’s written & sung by myself. I’m very hopeful that you all will like it. #pakistancricket #music #musicvideo #musiclovers pic.twitter.com/310guW8KKD

Bilal Asif has got an immense appreciation for his post.

One of the fans recently posted a video in which Bilal Asif was singing, “aj jane ki zid na karo”

He keeps posting his videos on social media. However, this is the first time he is releasing his official song.

His fellows have given warm wishes over his new approach. 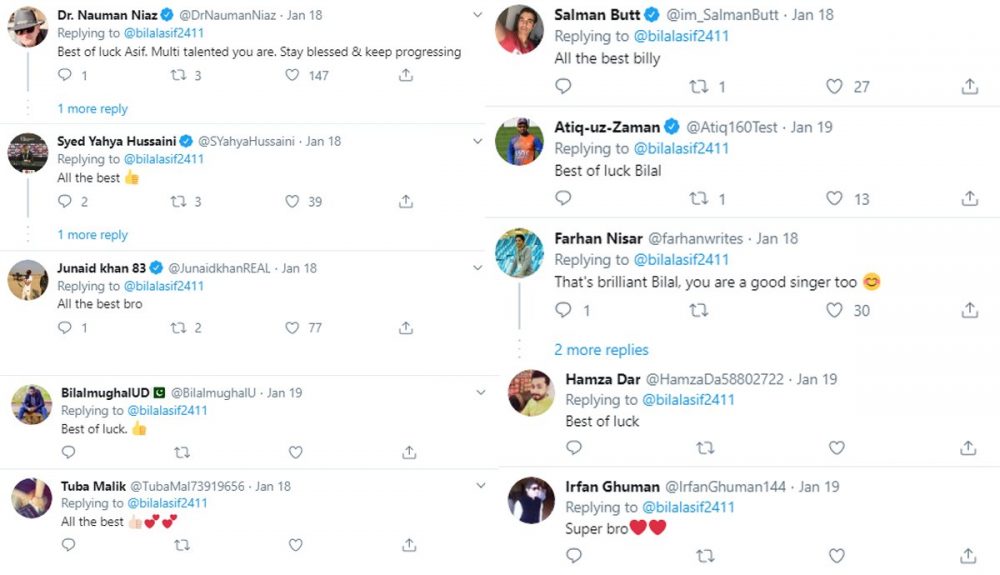 Bilal Asif is now 34 years old and played for Pakistan back in December 2018. However, he might want to shift his career to songwriting and singing. The fans are expecting the same instant hit like he did in his past for the Test debut and showed outstanding performance. He took 6 for 36 against Australia. Let’s see what he brings to fans as a singer and songwriter.

Following requests from a number of cricket clubs who had missed registration...