On this Day: Pakistan became the World Champion

Its March 25, and Yes for sure every Pakistani know the importance of this date, as the history written when Pakistan won their first ever Cricket World Cup 1992.

As Imran Khan got victorious in Pakistan Elections, and become the new Prime Minister, lets take a look back at how he led Pakistan to their first ever World Cup win in 1992. 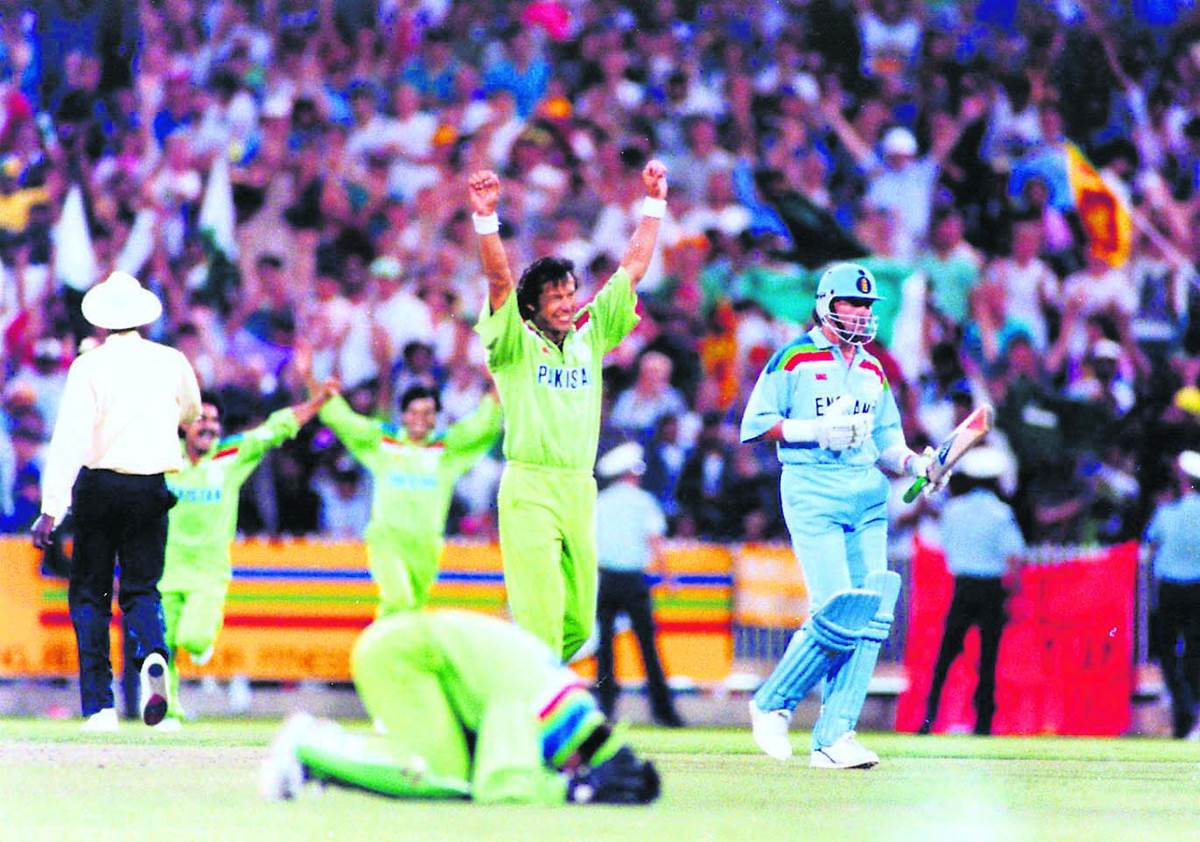 For the first time in history, Pakistan became world champions as they beat England in the final at the MCG, on this day 28 years ago in 1992. 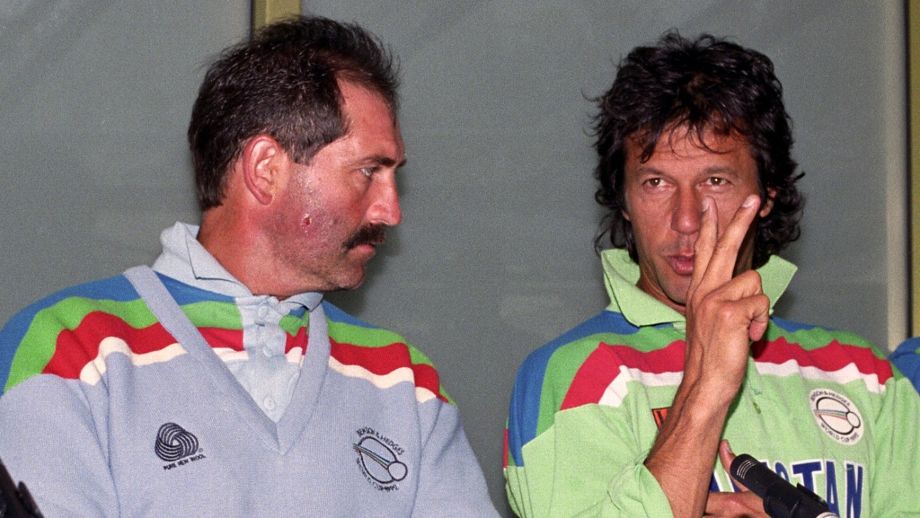 At that point, Pakistan took just one win from five games, against Zimbabwe, and their only other points came via a washout against England after they had already bowled out for 74.

Then, ahead of a last-chance group match against Australia, Imran Khan inspired his side with a dressing-room speech that has gone down. 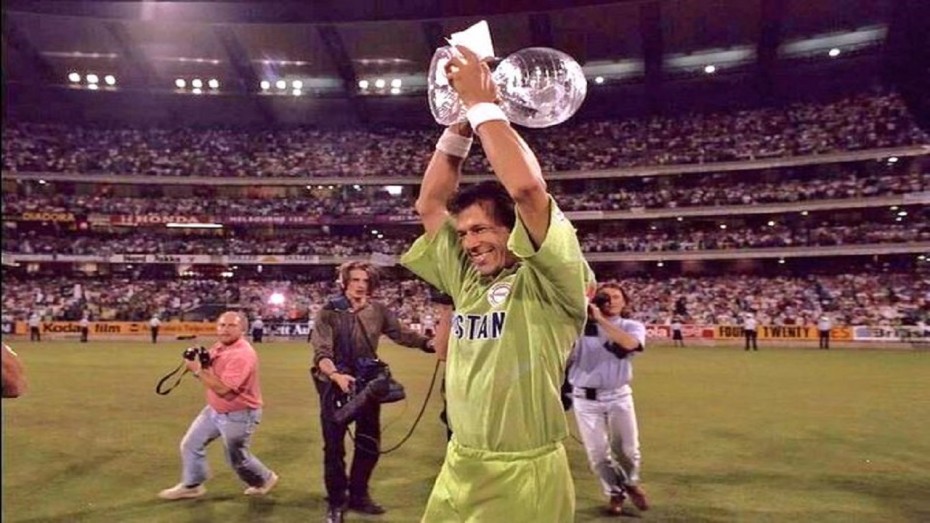 Wearing a tiger t-shirt for the toss at the WACA in Perth,

Imran Khan who was restricted by a shoulder injury and primarily motivated for his cancer hospital project, led the team with full detemination.

In the final, Pakistan chose to bat.  England made the early breakthrough to reduce Pakistan to 24/2.

However, the game turned when Graham Gooch dropped Imran off Derek Pringle.

Imran proceeded to share a 139-run stand with Miandad as both players smashed 50.

Imran dismissed for 72 but a blitz from Akram and Inzamam boosted Pakistan.

England made a catastrophic start with Wasim Akram dismissing Sir Ian Botham for 0 and Mushtaq Ahmed chipped in with two wickets and Aaqib Javed getting the wicket of Alec Stewart.

Neil Fairbrother and Allan Lamb stitched a solid 72-run stand and England were in the game.

In came Akram and he proceeded to change the game with two magical deliveries that changed the concept of bowling. 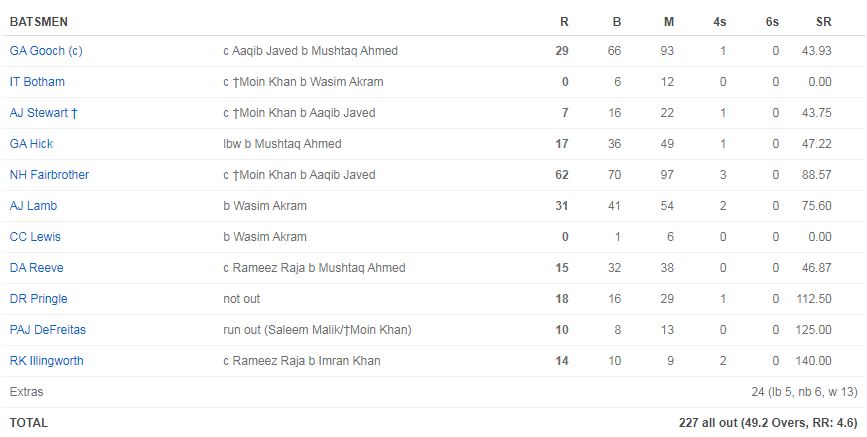 Furthermore Akram cleaned up Lamb with a leg-cutter angled from round the wicket and in the very next ball, he dismissed Chris Lewis with a sharp inducker. Those two balls sealed the fate of England and despite Fairbrother’s 62, England were playing catch-up.

Finally, it was Imran who took the final wicket as he sent back Richard Illingworth to seal a 22-run win and bring joy to Pakistan.

However As social media aslo flooded with flashback of that victorious day;
Moreover Here’s how Twitter reacted:

#OnThisDay Pakistan became the ICC world champion under the dynamic leadership of @ImranKhanPTI . Imran Khan is a nightmare for enemies from that day to this day. pic.twitter.com/LP7naqJ0Bd

#OnThisDay in 1992, the Imran Khan-led Pakistan were crowned ICC Men's Cricket World Cup champions for the first time after beating England in the final in Melbourne by 22 runs.#PakistanZindabad pic.twitter.com/17gnIl1Wqo

#OnThisDay in 1992
Captain Imran Khan and his team made Pakistan A World Champion by beating England in Final of Cricket WorldCup. pic.twitter.com/mhUD41sAPa

InshAllah Pakistan will make progress under his leadership❤ pic.twitter.com/uSeIe8bKo0

England suffered a late collapse against India after a sterling 95 runs...

WTC 2021: ICC announces complete list of commentators for the final

Ahead of the clash in World Test Championship (WTC), the International Cricket...

PSL 2021: Multan Sultans have reached 88/2 after 10 overs against Quetta Gladiators

Multan Sultans have reached 88/2 after 10 overs against Quetta Gladiators in...