Virat Kohli on baby’s arrival: “I truly want to witness the beautiful moment”

Indian cricket team captain Virat Kohli, who is going to step in the fatherhood journey, has said that he wants to get back home in time before the arrival of his first baby.

In his video posted on Facebook, Virat Kohli said that he will be flying back after the first One-day International (ODI) match with Australia, set to begin from Friday, November 27.

The cricketer said, “He is desperately waiting to witness the special moment of his first child’s arrival. He said it is going to be my first experience and I don’t want to miss this moment.”

Earlier, Virat Kohli had decided to take paternity leaves to stay with his wife, Anushka and upcoming baby, due in January.

Following his decision, the Board of Control for Cricket in India (BCCI) had issued a statement regarding Kohli’s paternity leave during the upcoming series.

Virat Kohli to take paternity leave, will leave after first Test in Adelaide

As Anushka Sharma's delivery date is near, Indian captain Virat Kohli has...

Previously, Bollywood’s talented star Anushka Sharma had shared a picture on her Instagram story in which the Indian captain was seen cleaning his shoes for the Australia tour. 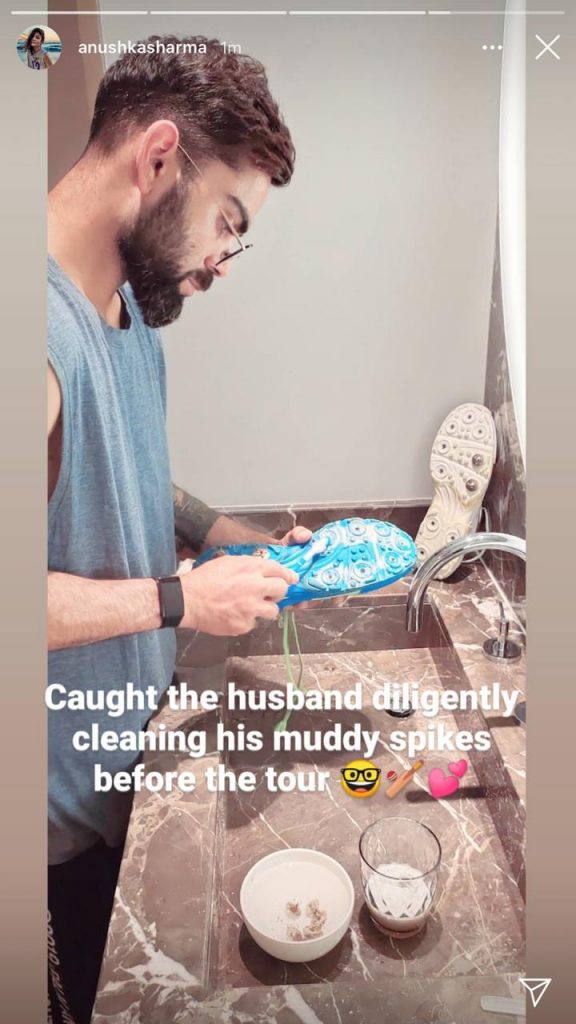 Moreover, celebrity couple Anushka Sharma and husband gave a surprise to their fans as they had announced about their first baby together which will arrive in January 2021.

This is how Virat Kohli is spending his quarantine in Australia

How To Register For COVID-19 Vaccine In Pakistan?

As Pakistan expects the first batch of coronavirus vaccine by 31st January,...

Karachi: Man Sentenced To Hang Till death For Raping Minor