WhatsApp to introduce fingerprint authentication for its Web version

iPhone 13: ProMotion and always-on display to be included

WhatsApp to introduce fingerprint authentication for its Web version

One of the top-ranking messaging apps around the globe, WhatsApp is soon introducing a new feature for its web version.

According to the latest reports, WhatsApp is currently working to launch a new feature of fingerprint authentication for the WhatsApp web.

Currently, the web version of WhatsApp requires the user to scan a QR code from the phone, but it does not provide security, as anyone can access it by using other’s WhatsApp from the mobile phone. To increase the security for privacy, WhatsApp has decided to launch a new feature.

There are no more details when the feature will be introduced. The reports only revealed that the feature is under development but will be available soon. 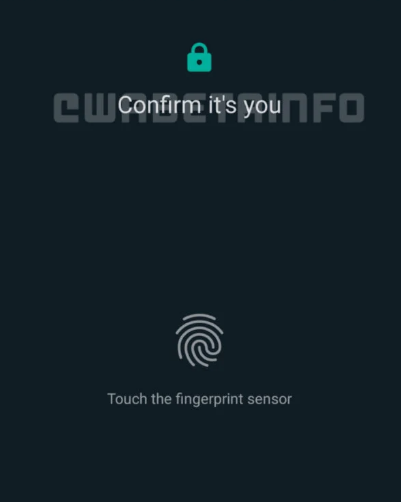 WhatsApp web: Learn how to send mass messages from your PC

NETFLIX Decides on Bringing In games for its subscribers

Samsung Galaxy Note or S21 FE Will not Launch at Unpacked