Shah Rukh Khan spotted at New Delhi airport. Where is he headed?

Shah Rukh Khan’s fans were super elated when they came across the news of the superstar ending his two-year hiatus a few months ago with an upcoming film.

The details about his upcoming project, Pathan, however, are still unknown to the general public but the inquisitive people never fail to take a follow up on what the actor has been up to.

According to reports, the superstar commenced the shooting for his upcoming movie in November, 2020, along with the rest of the cast.

Paparrazi caught a glance of the ‘Zero’ actor in New Delhi, the national capital some time ago. The attire the superstar is sporting can be seen clearly in the blurry photos clicked.

Shah Rukh sports a black overcoat, paired with matching pants. He also wore a black hat and a matching mask along with glasses as he arrived at what seemed to be the airport. 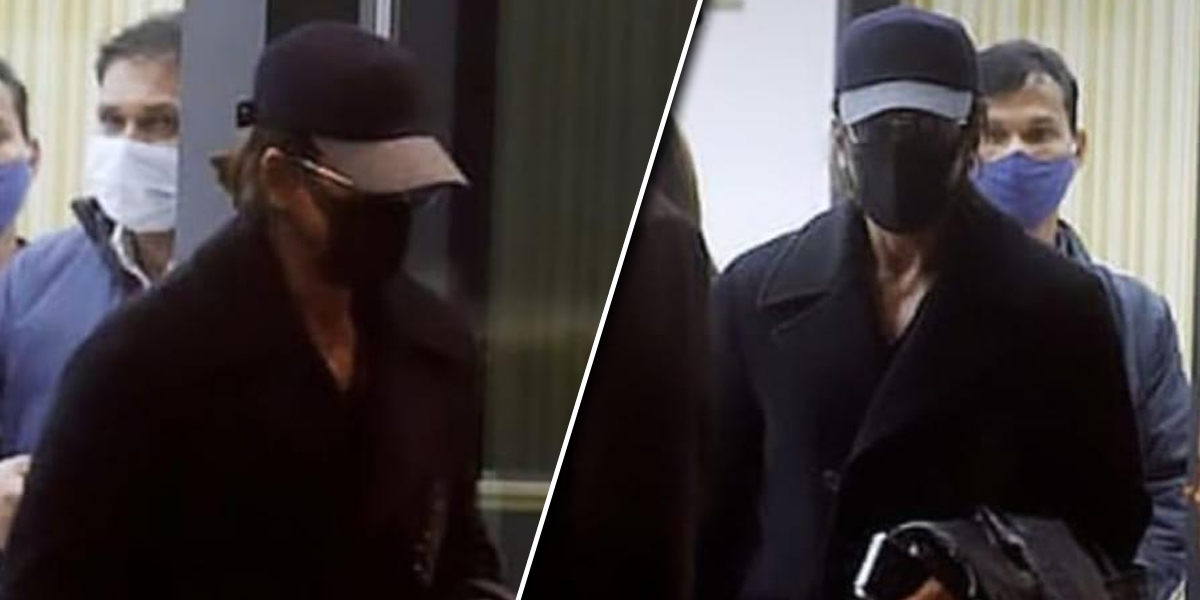 Deepika Padukone and John Abraham are also featured in the lead roles of the movie, ‘Pathan’. John is said to be playing a baddie in the movie.

‘Pathan’ will mark the fourth collaboration of the Bollywood King and Deepika after Om Shanti Om, Chennai Express, and Happy New Year.

The most-awaited movie has been directed by Siddharth Anand and the music for the film will be composed by Vishal and Shekhar. Both, Shah Rukh Khan and Deepika Padukone will be seen alongside in the action-packed motion picture once again.

Halloween celebrations were at its peak these days and celebrities were spotted...