Galaxy A52s Will Give Amazing Performance Thanks to the Snapdragon 778G

Galaxy A52s Will Give Amazing Performance Thanks to the Snapdragon 778G

Galaxy A52s could be the new variant of Galaxy A52. However, there is not much information on it. What upgrades will it offer in the main question that needs to be answered.

Today some of the information has been uncovered by GalaxyClub, who spotted Galaxy A52s with model number SM-A528B on the Geekbench database. 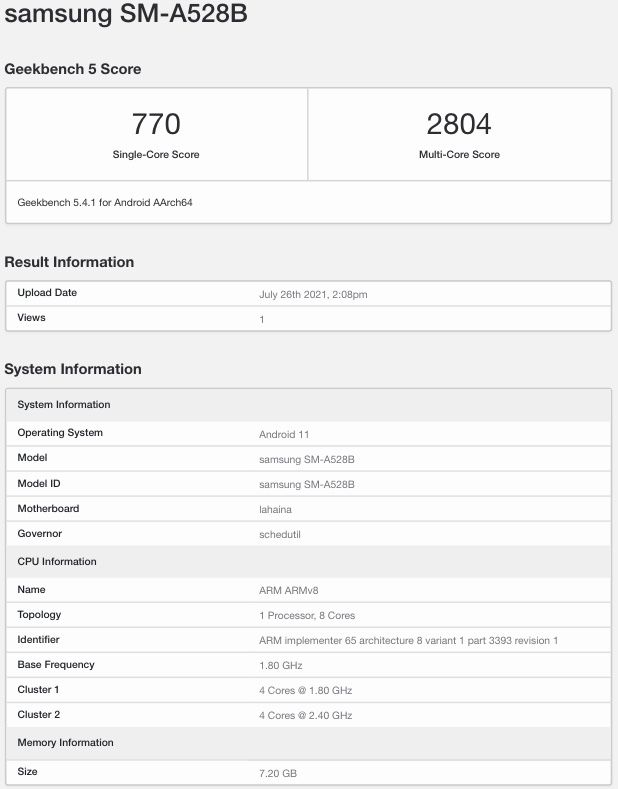 The benchmark reveals that the new phone will host Snapdragon 778G at its core. The upcoming Galaxy M52 5G will also be hosting a similar processor.

The colors were also revealed. The phone will be offered in at least white, black, and light green colors.

GalaxyClub claims that the phone will make it to the European markets at some point. However, it is expected to arrive first in its home country sometime in September.

It still remains to be uncovered what upgrades the new Galaxy A52s will bring over A52 and A52 5G. More rumors and leaks will be revealed in the coming weeks.

The Galaxy Z Fold 3 will be unveiled next month. However, almost...

The teaser for the 3rd season of ‘Kurulus: Osman’ has been released