In the US state of Florida, an expert pilot made a sketch of a duckling in the air by flying a complex but interesting flight for two and a half hours on a 45-year-old Cessna aircraft.

The pilot flew from Fort Lauderdale, Florida, at 11:37 a.m. local time on Cessna Flight N8642U, according to a website that records aircraft flights and other flights. 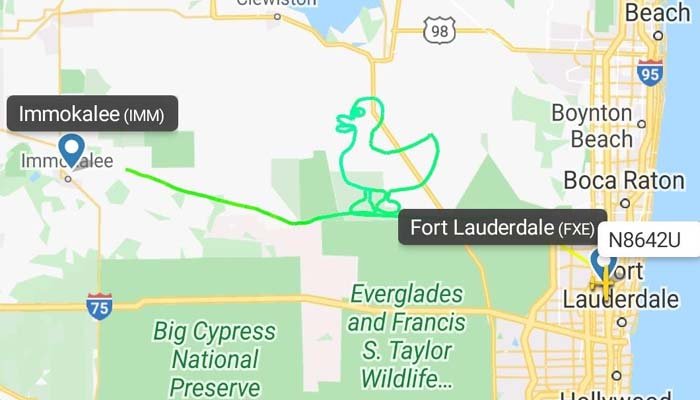 The 45-year-old Cessna 150M, which made its maiden flight in January 1976, flew between Fort Lauderdale and Amocli Airports for one hour and 42 minutes. 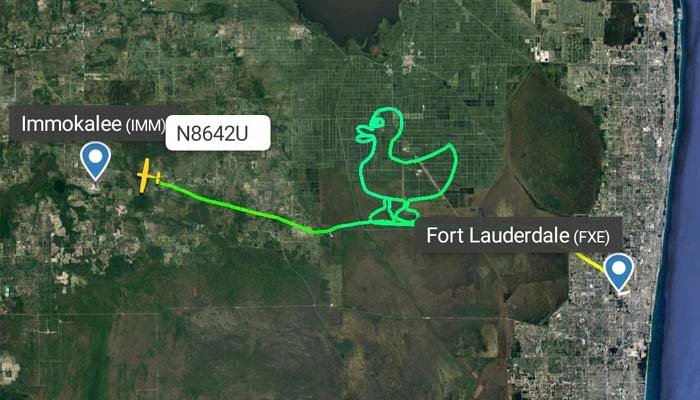 At the end of the flight, the pilot had drawn a sketch of a baby duck in the air. After a two-hour flight to Pune, the plane landed at Amukli Airport.

A mum has made a hilarious attempt of making a duck themed-cake...

Florida: Dog rescued by police from a canal

A dog that had fallen into a canal and was unable to...

At a Las Vegas auction, a pair of Nike sneakers worn by...

A Lithuanian man put his endurance to the test by submerging himself...