Did Princess Anne Have a Professional Horseback Riding Career?

Did Princess Anne Have a Professional Horseback Riding Career?

In the fourth season of Nextflix’s ‘The Crown’, Anne (played by Erin Doherty) depicted her showjumping skills at the Badminton Horse Trials in the first episode.

The princess began horseback riding at the age of 11. Her love for horses, along with Prince Philip’s commendable polo skills helped introduce her to equine world at a young age.

The Princess Royale was named the BBC Sports Personality of the Year in 1971. She also served as president of the Fédération Equestre Internationale (FEI) from 1986 to 1994. She won three European Championship medals during her equestrian career.

She wanted to be known for her skills on horseback since she was behind her brothers in line for the throne.

“I thought if I was going to do anything outside of the royal family, horses was likely to be the best way of doing it,” she told sources in May 2020. “But then you have to find the right horse at the right time. The original horse I rode was bred as a polo pony and should never have been an event horse, but it worked, so that was very satisfying. But I always knew it was going to be limited time.” 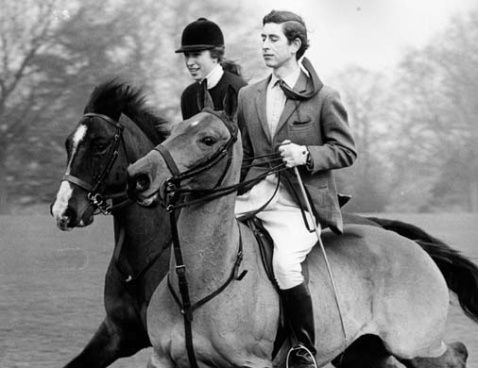 The Princess made her Olympic debut in 1976 in Montreal. She competed using horse Goodwill for the dressage competition. It was the same year she became the first member of the British Royal Family to compete in the Olympics.

“To be selected for Montreal was a relief, in a way,” she said at the time. “There was a very good chance that we might have been selected for Munich in ’72, but in fact, that didn’t work out. So getting to Montreal and actually getting to ride was satisfying.”

Despite retiring from her equestrian career, Anne still rides on her 730-acre home in Gloucester. She breeds horses there and shares her love for all things horses with her grandchildren.

Princess Beatrice wedding: Why were prominent family members not present?