World renowned Pakistani singer Atif Aslam and everyone’s beloved actress Sajal Aly’s new music video ‘Rafta Rafta’ which was released on the occasion of Eid-ul-Adha on July 21 is largely being liked and praised by the masses.

This new music video of Atif Aslam in which actress Sajal Aly is also seen flaunting her beauty, is currently top trending in the music category of YouTube, an online video sharing social media platform. 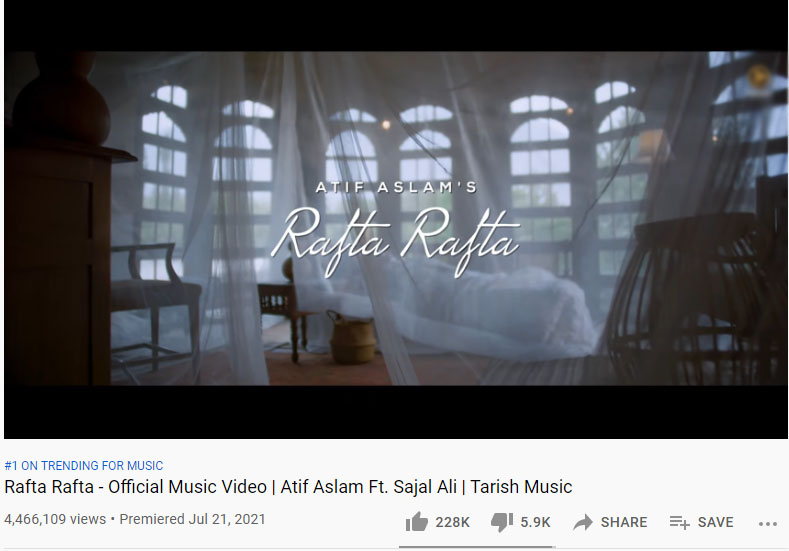 Produced by Tarun Chaudhry and Omer Ahmad, the music video is directed by Hassam Baloch and the music and lyrics are written and composed by famous Punjabi singer Raj Ranjodh.

This music video is being released under the banner of Tarish Music, a Music Record label.

Fans of the singer and actress, who had been anxiously awaiting the music video, are loving it.

Apple however still remains sued for damages caused by a supposedly fake...