How did rooster and goat save the hen from eagle’s claws?

Dogs and cats exceed the Guinness World Record in Scooter-riding

Moose was spotted roaming around safely after hitting the car

How did rooster and goat save the hen from eagle’s claws?

By now you may have heard a lot about the friendship and loyalty of dogs and horses, but today we will tell you about the bravery of a goat and a rooster who saved the life of a hen trapped in an eagle’s claws.

A video of an attack on a hen in a falcon’s farmhouse has gone viral on social media, in which a rooster and a goat can be seen attacking a bird of prey to save the hen.

The incident took place on September 5, when Jeep Bates, a farmer from the Netherlands, was at his farmhouse in Gelderland when he heard the noise of his animals drinking and running. 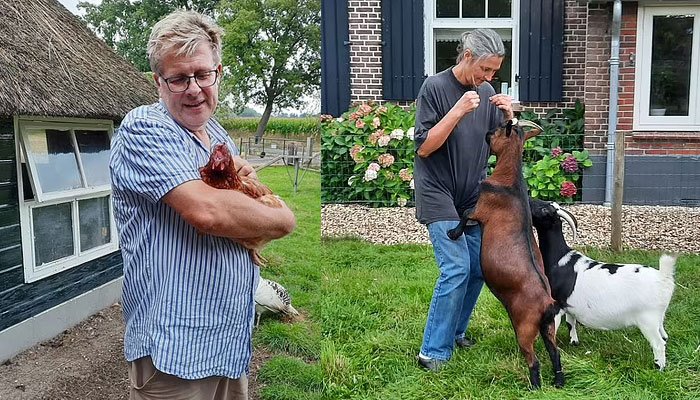 The farmer says that when he saw it in the farmhouse, there were feathers scattered there, and when he watched CCTV find out the matter, he found out that a hawk attacked a chicken in the farmhouse and caught it.

So the rooster there ran to save him and then the goat of the farmhouse also attacked the eagle from which he left his prey and ran away.

Farmer Jeep Bates says he is proud of the chickens and goats in his farmhouse that saved his companion from becoming a falcon.

The UFC legendry fighter Khabib Nurmagomedov is set to return to fight...

A lady has been compelled to put locks on her freezer to...

Falling cat using the banner at an American football match

https://youtu.be/UwgZlQ_6CKA At an American football match in Miami, after a cat plunged...