Islamabad United have defeated Multan Sultans by 3 wickets in their opening game of the tournament as Lewis Gregory remained not out for 49.

Sultans lost their opener, Chris Lynn, earlier for just 4 runs after they were asked to bat first in the third match. 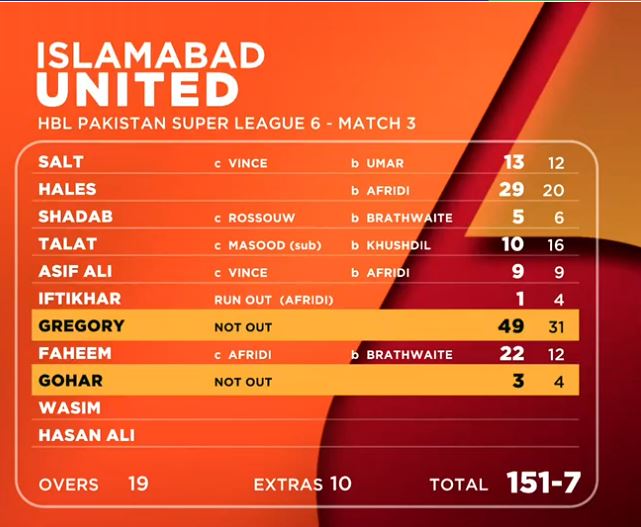 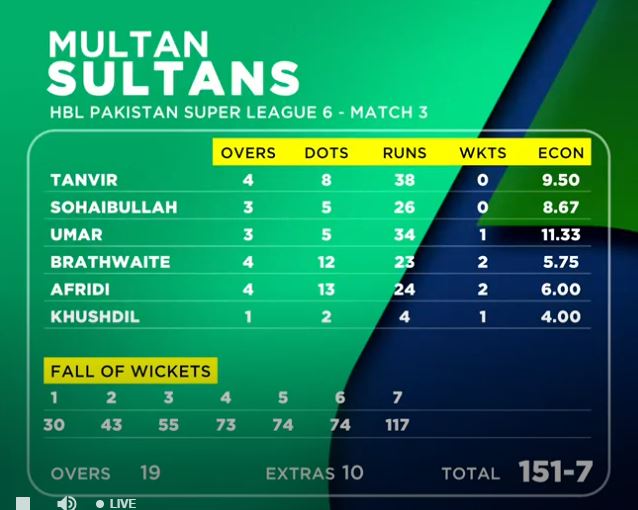 Skipper of Islamabad United, Shadab Khan has won the toss and decided to bowl first against Multan Sultans in their first match of Pakistan Super League (PSL) season 6.

The match commenced at 7:00 PM. It was the third match played today after Lahore Qalandars won against Peshawar Zalmi by 4 wickets.